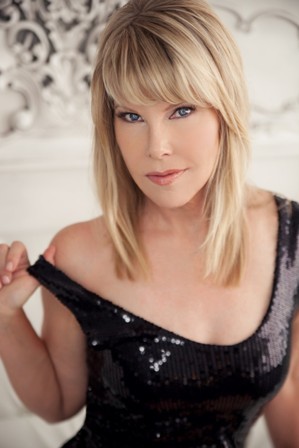 Deborah Duke Berger passed away peacefully in her sleep surrounded by her family on Sunday, April 2, 2017. She was born March 12, 1954 in Ardmore, Oklahoma as the first born to Alvin and Marion Duke. She graduated from the University of Oklahoma, Norman in 1976 with a Bachelor's Degree in Nursing. Following a lifelong dream, she and her then boyfriend moved to Vail, Colorado for the ski season 1976-1977, and continued on to California in April 1977. She was always attracted to the ocean and sunny climate. She was nursing at Good Samaritan Hospital in downtown Los Angeles when she met her husband to be, Dr. Jeffrey Berger. Jeff had just opened his orthodontic practice. They were married in 1983. In 1985, she left her nursing profession to work with her husband in the practice, first as Treatment Coordinator, later as Office Manager. Together they had two beautiful children, Robert (28) and Lauren (25). Robert graduated from USC's Dental School in May 2016 and will be starting an Orthodontic Fellowship in Florida in July. Lauren is a Recruiter for Robert Half (a graduate of Cal Poly San Luis Obispo). Deborah felt that having children was one of the greatest blessings of her life. She was very involved with her children, volunteering at their schools and attending sporting events and philanthropy events with them. Robert was a member of Los Hermanos. Deborah and Lauren were members of NCL/Ticktockers. She was a kind and loving mother, wife and friend. She loved animals, always having dogs and cats as part of their family life. She liked taking long walks along the hills of Palos Verdes with their dog Hurley. She was a vivacious reader, played marine league tennis and still worked part time with her husband. Sadly, Deborah and Jeff separated in 2011, becoming formally divorced in 2014. She went on to meet her current companion, Steven Glass, in June 2011. They enjoyed hiking, the arts and traveling the world. In January 2014, Deborah was diagnosed with Ovarian Cancer. She fought valiantly, availing herself of both Western medicine and alternative therapies. She used surgery, chemo, radiation and chemical trials to extend her life. She had a deep faith and spiritual life that allowed her to be present and accepting. She was able to enjoy all her days up to the last minute. She had great sadness for those she was leaving behind, particularly her children - she was sad that she would not see them be married and would not hold her grandbabies. She is survived by two brothers, Alvin Duke and Lance Duke, and their beautiful children, her ex-husband Jeffrey Berger, her two children Robert and Lauren, and her companion Steven Glass. Her viewing will be held on Sunday, April 9, 2017 from 7:00PM-9:00PM at Rice Mortuary, 5310 Torrance Blvd., Torrance 90503 and her memorial service will be held on Monday, April 10, 2017 at 1:00PM at Neighborhood Church, 415 Paseo Del Mar, Palos Verdes 90274. In lieu of flowers, Deborah requested donations be sent to The House of Hope, a treatment center for alcoholism, 235 W. 9th St., San Pedro CA 90731.