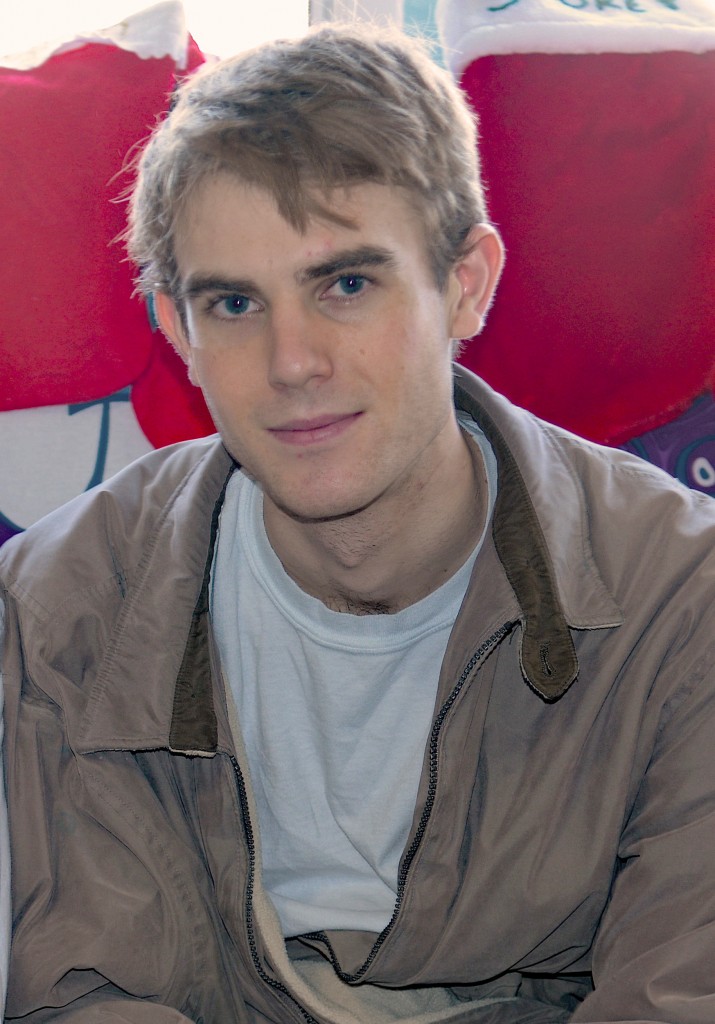 David Taylor Sliff, born November 10, 1994, died Saturday, December 30, 2017 at his home in Hermosa Beach where he grew up. He was 23 years old. David was a blonde-haired, blue-eyed boy who spent his first years being rolled across the strand in a jogger by his mother Kathy on her routine ocean-side runs. In his adolescence, he scaled every corner of the tiny block of Bard street with a skateboard, his sister Morgan, and his childhood friends and neighbors, where every nook along the street and adjacent park would transform into some sort of adventure. Season after season of baseball took his attention to Clark field, of which he had an unobstructed view from his bedroom window. He eventually took to the waves with Chevron Surf camp for a few summers. He had zest for play and the outdoors, but it was music that later became his passion. David walked with a beat in every step thanks to his father Jim and gifted brother Mike, who both were his musical paragons. If you were speaking to him and he didn’t answer, it was likely because the speakers in his head were turned up loud enough to miss your sentence. Music was so much a part of David’s life that he could pick up an instrument and the rest of yours and his world would disappear - only the sounds he was making were of significance. His music was beyond comprehension, and the melodies he recorded are complicated, emotional, and have a depth that cannot be replicated. Guitar was his first language, followed by drums, followed by anything else that made noise. He would frequently be seen tapping a beat on the table, wall, or any surface within reach. David was not only gifted in the realms of sound - he was brilliant. His grandfather and namesake, David Whitcombe, a rocket scientist who helped develop the Space Program, would have been so proud to see David leap into math and physics with such enthusiasm. Books of the cosmos, physics, poetry and classic literature would be scattered across his room and he’d flip through them late into the night with great intensity. He was enrolled at Santa Monica College, getting straight A’s in highly challenging math and physics classes, writing complicated page after page of numbers and charts. Apart from the sciences, his writing paralleled that of a seasoned novelist, and his photography accentuated intricacies of the simplest objects. He’s been described by a few professors as the most gifted student they ever had the pleasure of teaching. David wasn’t flashy and had few possessions. He was a humble, kind and caring individual. He bought clothes from thrift stores and lived simply. He drove a 2005 Prius and worked at Peet’s Coffee where he wasn’t just an employee, he was family. He was fiercely loved by his friends and was quietly generous, always giving more than he got without advertising his charity. David cared deeply about the important things; the things that many overlook. He wasn’t loose with his words. Everything he said had depth, power, care and an innocent maturity beyond his years. He loved animals, being good to people, caring for his environment, and helping others. His nature was to be and do good. And David was everything that was good. David was beyond this world. David was everything we should hope to be. David is survived by his mother and stepfather, Kathy and Tom Welch, his father Jim Sliff, his brother Mike Sliff, sister Morgan Sliff, grandmother Josephine Whitcombe, uncles and aunts Bob and Julie Whitcombe, John and Kim Whitcombe, Mike and Annmarie Whitcombe, cousins Amy Whitcombe, Doug Whitcombe, Stephen Whitcombe, David and Wendy Beylick, Sarah Whitcombe, Alexandra Whitcombe and Sydney Whitcombe and long time family friend Jocelyn Cantaco. In addition, David was joined together with new family in 2016, Tim and Dolores DeKorte, Mark and Anita Lee, Rod and Jennifer Hawkins and step siblings Daniel and Julie Welch and Christina and Michael Rosenberg. Depression is a serious mental health crisis. While anyone can be affected, our LGBTQ communities are at a significantly high risk within their demographic with 3 out of 10 LGBTQ attempting or contemplating suicide during their lifetime. If you or someone you know is affected by depression, please get help. Services for David Taylor Sliff will be Saturday January 20, 2018 at the Palos Verdes Golf Club from 11-3pm, 3301 Via Campesina, Palos Verdes Estates, 90274. All are welcome to come. In lieu of flowers, the family asks that donations be made to The Trevor Project, www.trevorproject.org or other Suicide Prevention Organizations. Suicide Prevention Hotline - 1 800 273-8255