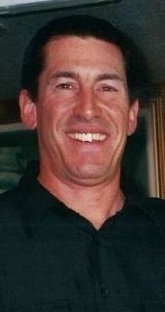 DAVID ROMAN LEONELLI, Ph. D March 26, 1957 – September 4, 2013 David's light went out of our lives suddenly and unexpectedly, though due to natural causes. His untimely passing will be mourned by many, as his warmth and generosity were extended to family and friends alike. David is survived by his son Roman (and mother, Odette), of Redondo Beach; his wife, Shirly Ervin and their children Daniela, Marco, and an unborn son; his daughter Ysabella; his mother, Ruth Leonelli of San Pedro; brothers Steve (Janet) of Cypress, Dan (Nella) of Rio Rancho, NM, and Mark (Elizabeth) of Chula Vista; sisters Laura (John Seto) of Sacramento, Lisa (Mark Gallego) of Woodland, Melinda (Steve Batty) of Gardena, and Mia (Brian McNamee) of San Jose; as well as 19 nieces and nephews. David was passionate, funny, brilliant, and original. He earned a BA in Psychology from CSU Fullerton and a MA and PhD from the California School of Professional Psychology. He served the Los Angeles County foster care system as a psychological evaluator, and had recently started a new career as a Certified Medical Examiner. His restless energy was expressed through sports like basketball, golf and tennis. He was a lifelong fan of the Dodgers and the Lakers. He loved nature photography and scuba diving, which led him to the Philippine Islands where he met his wife and had planned to retire. David was a faithful and long-time member of the South Bay ALANO Club where he had many close and supportive friends. His cheerful, positive attitude was an inspiration. He will be greatly missed by all who worked with him, laughed with him, played with him and loved him. His full life will be remembered in a memorial service to be held from 2 - 5:00 pm on Saturday, September 21, 2013 at Lighthouse Memorials & Receptions, 1016 W. 164th St., Gardena 90247.