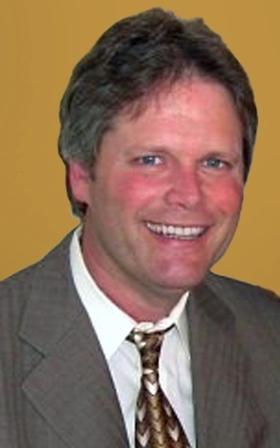 David Paul Campbell, aged 58, passed away suddenly and unexpectedly at home on Monday, September 16, 2013. David was a loving husband to his wife Laura, a caring father to his five children, a devoted son to his parents, and a much loved brother to his seven siblings--all of whom will miss him dearly. A native Angelino, he was born on April 25, 1955. He attended St. Anastasia elementary school and served as an altar boy. He studied at St. Bernard High School and Westchester High School, graduating in 1973. He excelled in sports, playing football and being a yell & cheer leader. His senior class voted him "most handsome." For college, he attended the Virginia Military Institute, and was a member of the football team. But after two years at VMI, he came home to California and graduated from UCLA, with a degree in Biology. He then earned his MBA from the University of Southern California. He proudly contributed to the first space shuttle. He worked in various states around the country for a few years, but came home to California and settled here. We all have special memories of David. He never let anything get him down--always cheerful with a smile to help you out if you needed it. He loved sports, and despite the fact he attended USC for graduate school, he remained an ardent UCLA Bruin football fan. His mischievousness was evident in love of dressing up in quirky costumes for Halloween. Very self-motivated, David taught himself to play piano, keyboard, guitar, bass and the flute. In college he and his buddies started a rock band: Mainline. In their words, it ruled the Westchester/Playa del Rey rock scene for a decade. Long live our memories of him playing at the Elks Lodge and Ernie's on the Hill and all the neighborhood high school dances. We all remember with a laugh Dave imitating Hendrix on air guitar! David is survived by his wife, Laura, his children, Stephen, Timothy, Matthew, Samantha, and Jacob, his parents, Steve and Ann, his seven siblings, and countless nieces and nephews. A rosary will be conducted on Monday, September 23, at 7:00 p.m. at the White and Day Manhattan Beach Chapel. Funeral services will be held on Tuesday, September 24, 12:30 p.m. at Holy Cross Cemetery, Risen Christ Chapel, in Culver City, where he will be interred near his grandparents. A memorial fund has been instituted to aid his wife and children with expenses, and in lieu of flowers the family asks for donation to the "Dave Campbell Memorial Fund" at the website "fundly.com".