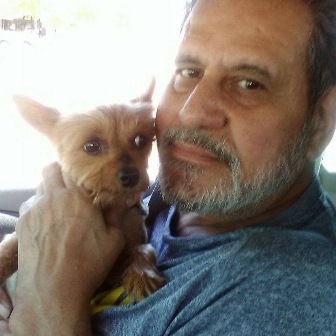 Amazing Grace, how sweet the sound, that saved a wretch like me. I once was lost but now I’m found, was blind but now I see. ‘Twas grace that taught my heart to fear, and grace my fears relieved, how precious did that grace appear, the hour I first believed. Through many dangers, toils and snares, we have already come. ‘Twas grace that brought us safe thus far and grace will lead us home. When we’ve been there ten thousand years. Bright shining as the sun. We’ve no less days to sing God’s praise, than when we’ve first begun. David Lee Sloss was 66 years old and passed away in Ypsilanti, Michigan on November 30, 2017. He was born in Wharton, Texas on January 16, 1951. David graduated from Lawndale High School in 1970. He worked for General Motors for over 30 years and was retired. He loved playing little league baseball and played at Lawndale High School. He also enjoyed playing softball with friends. Although he was far away from his family in California, he made daily calls to his beloved parents and siblings. David enjoyed coming to visit the family at Christmas every year. He was survived by his beloved dog Brandy; father David Sloss; mother Victoria Sloss; brothers Sam Sloss and John Sloss; sister-in-law Alyssia Sloss; sister Cindy Martinez; brother-in-law Pete Martinez; nieces Angie Ellenor and Cassandra Sloss; nephew Pete Martinez; great-nephew Brandon Ellenor and great-niece Bella Martinez. Funeral arrangements will be held Thursday, December 21, 2017 at Rice Mortuary, 5310 Torrance Blvd., Torrance, CA 90503 at 2:00pm.