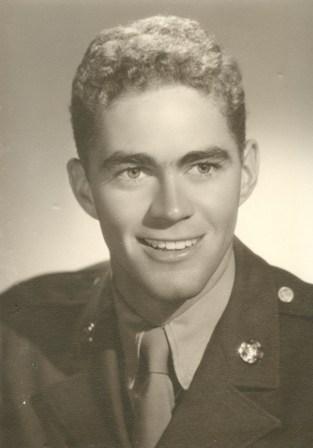 David John Leach David passed away at his home in Redondo Beach, California on December 11, 2012. He was born in Warren, Ohio on June 19, 1926. He is survived by June Leach, his wife and sweetheart for 59 years, and their five children—Craig (Judy), Doug (Debi), Mike (Luz), Amy, and Vicki (Greg), their seven grandchildren—David (Taryn), Paul, Daniel (Kristen), Kyle, Matt, Michelle and Megan as well as one great grandchild—Ryder. David spent his childhood in Warren, Ohio before moving to Los Angeles in 1943. He completed a semester at UCLA before entering the military in 1944 where he served in the Air Force for two years. He returned to Los Angeles and obtained both a Bachelors and Graduate degree from UCLA. He began his teaching career at Redondo Union High School in 1955 as a Biology, Physiology and Driver's Education Instructor and taught until his retirement in 1986. He was the consummate teacher spending 17 summers at the Palos Verdes Swim Club as a swim instructor/lifeguard as well as coaching numerous youth sports teams as his family grew. He loved golf, having played at UCLA, and taught his children and grandchildren to love the game like he did. He and June were founding members of the St Lawrence Martyr Parish in Redondo Beach where they have always been very much involved. His wife and his family were the constant love and focus of his life. He will be deeply missed by all who had the privilege of knowing such a great man. Services will be held Monday, December 17 at 10:00am at St Lawrence Martyr Church in Redondo Beach with an onsite reception to immediately follow.