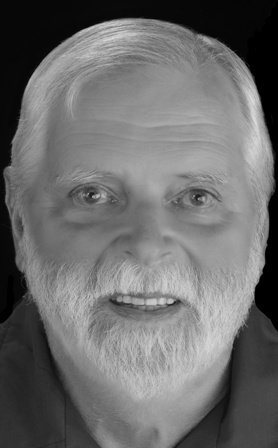 David Diedrik McFarland, Professor Emeritus of Sociology at UCLA, died Thursday, April 20, 2017, at the age of 75. Born in Sheldon, Connecticut, he was raised in Pennsylvania before attending Fenn College (now Cleveland State University) for his Bachelor of Engineering Science degree; Michigan State University for his Master of Science in statistics; and the University of Michigan, where he earned his doctorate in sociology and met the love of his life, the then Lois Harder. He began his career in the Department of Sociology at the University of Chicago before joining the faculty at UCLA in 1975, where he remained until retiring in 2008. Raised in rural poverty, David's research interests included social mobility and status attainment, and he emphasized the benefits of intellectual curiosity and education throughout his life. He was an important mathematical sociologist and an early adopter of what was then mind-boggling technology: the computer. David's recent research and publications focused on pre-electronic computational techniques and devices, especially those used by early sociologists. He was a proud Fellow of the Oughtred Society, a group dedicated to the preservation and history of slide rules and other calculating instruments. To all who knew him personally, David will be remembered as a truly kind and gentle man. His warm smile lit up his eyes and his genuine interest in others made him a pleasure to be with. He was a committed father and grandfather who lovingly raised his daughters and supported his wife's career, becoming the first man in the YMCA's "Mommy and Me" swim classes in the 1970s, for example, and his daughters were the youngest members of his lecture audience on teaching days at UCLA. His intellect was astounding. He would ask seemingly innocent questions that would turn out not to be innocent at all but would cut to the heart of an issue or reveal an underlying flaw in the logic. The ripple effect of his intellectual rigor conquers generations and geography because he showed his family and his students that the world is full of opportunities to be curious, to think, to experience wonder, to take every opportunity to be lifetime learners. Both of his daughters followed his lead into careers educating others, Sarah as a Professor of English at Northwestern State University and Rachel as a 6th grade Math and Science teacher at Lower Lake Elementary School. He would always take the time to encourage others to engage more thoroughly in the practice of thinking deeply about ideas and to take advantage of educational opportunities to improve their lives. He also had a sagacious wit and a generous sense of humor. With his grey beard and ruddy cheeks, David was often mistaken for Santa Claus—a mistake he encouraged by wearing red polos during December and rewarding curious youngsters with a surreptitious "ho ho ho" while shopping. His eyes twinkling, his nose like a cherry, he entertained his grandchildren on Christmas morning dressed as Santa. David was a stoic who reminded the anxious to "not worry about what's beyond your control," although he would deny being anything definitive, preferring rather to argue that he is and he is not and thus gleefully frustrate what he saw as overly simplistic definitions (and his wife and daughters). David will be terribly missed! He is survived by his wife of nearly 50 years, Lois; daughter Sarah McFarland (Mark Melder) and grandson Griffin; and daughter Rachel Kummer (Tim) and grandchildren Brett, Mekenzie, and Emily; and many nieces and nephews. He was preceded in death by Sarah and Mark's eldest child, Skye McFarland, and his sister, Inis Hadden. A memorial service will be held at Neighborhood Church, 415 Paseo Del Mar, Palos Verdes Estates on Sunday, May 21, 2017 at 3 PM. In lieu of flowers, please support what he most deeply valued: education. Contributions to the David D. and Lois E. McFarland Endowed Scholarship at Cleveland State University help support underrepresented students in the College of Engineering. Donations can be made in David's honor online or by mail to 2121 Euclid Ave, UN 501; Cleveland, OH 44115-2214.