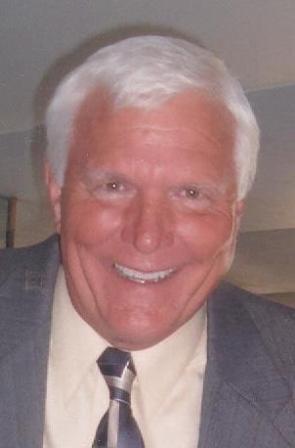 David (Dave) Laden January 12, 1943 – July 30, 2013 Dave passed away at Little Company of Mary Hospital after a short illness. He was born in Los Angeles, and moved to Redondo Beach in 1964 with his loving wife and daughter " on the way". In his 70 years, he touched so many with his ear to ear grin and love of telling jokes. He's walked many miles along the Esplanade and city streets, and spent hours jaw jacking with countless friends and strangers. He is predeceased by his parents, Kenneth and Mary and his son Patrick. Dave is survived by his wife of 51 years, Marilyn; daughter, Susan (Anthony); grandsons, David, Tyler and Riley; and the family pets, JJ and Sonny. Dave's life's work was in the Printing Industry as a letter pressman and paper salesman. He loved it and was very involved in all aspects of the industry, including being a member of the Craftsman Club and the Comma Club. A few of Dave's faves … reading, fishing, hiking, camping, coin hunting, yoga, trips with the guys, laughing, relaxing in the patio with his dogs, and spending time with family and friends. Viewing will be held at Rice Mortuary, 5310 Torrance Blvd., Monday, August 5th, from 4-8pm. A casual gathering for "toasts & reminiscing" will be held at the Elks Lodge – RB, Saturday, August 17th from 12 – 5pm. A private burial at sea will be held later this month.