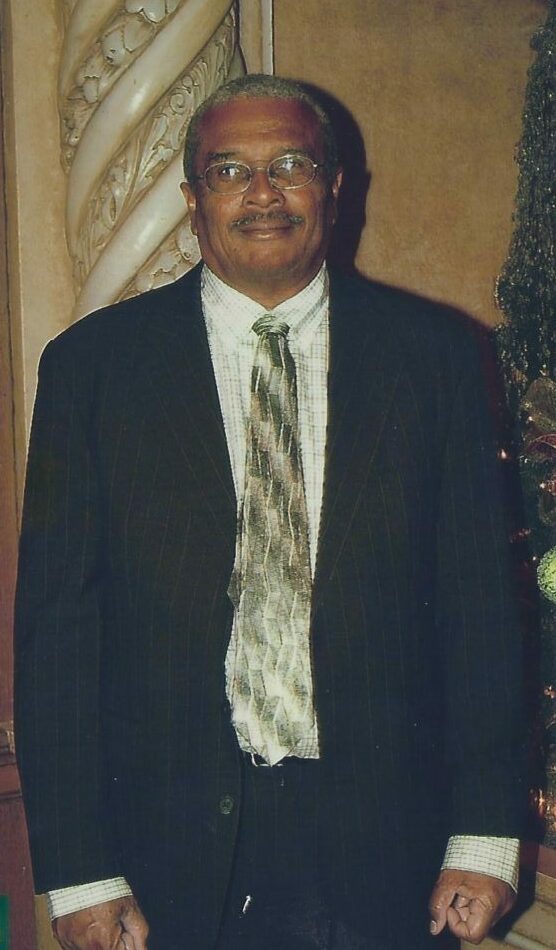 Daniel Simon Bailey Dinkins was born August 31, 1945 to Elmo Lyman Dinkins and Grace Beatrice Broyles. He was the youngest of five siblings and was preceded in death by his three sisters Portia Louise Thomas, Mayme Karen Lewis and Marilyn Dorthy Hollins.

Dan spent his formative years traveling back and forth between Victorville and Los Angeles until the fall of 1957 when he and is brother Lyman travelled to New York for three months prior to traveling further unto Liberia, West Africa. Dan lived, went to school, and gained unique experiences growing up as a stranger in a strange land, yet adapting well and becoming his own man. In 1966, upon receiving a scholarship, he traveled to Western Michigan University where he earned a Bachelor of Science degree in geology and met his future wife, Carol. They were married in 1968 and to this union two sons were born Daniel and Carlo. Returning to Liberia, he worked for the Liberian government in the Bureau of Mines and Geology. Seeking greener pastures, he returned to the US in 1970 and resided there until his death.

Dan loved to travel extensively having visited China, Japan, Kuwait, Australia, Singapore and the Philippines. Dan was someone who always displayed a talent for persuading people, no matter who he encountered. Friends will remember him as someone who “always got on your good side” and convinced you of his sincerity. In short, he knew “how to work a room”. He will always be someone who always had to get in the last word. His powers of persuasion were formidable.

On the occasion of his death, a statement in memorandum of Dan is essential at this time to give all of us in his family a reason to keep continuing memories of his life, the impact he had in interacting with everyone he knew and the enduring legacy he fashioned for his children.

He leaves a legacy of love to those that will cherish his memory. Sons Daniel (Shawna) and Carlo Dinkins. Granddaughters Kenady and Nia, brother Lyman (Karen) Dinkins, and a host of nieces and nephews.

May his soul rest in Perfect Peace.