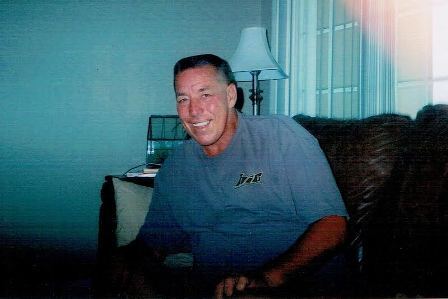 Daniel Patrick Collins, passed away on Monday February 23, 2015 in Torrance, CA. Born in Torrance, on July 13, 1959, Daniel was 55 when he died. Daniel was a member of Holy Name Society of Saint Margaret Mary Catholic Church and named after Monsignor Daniel Patrick Collins from Saint Lawrence Catholic Church. He attended Calle Mayor and graduated from South High School in 1978. Daniel was a successful Journeyman roofer for over 30 years and started his own business, Collins Brothers Roofing, in 1987. He lived for his grandchildren and family and loved including them in activities such as piloting aircraft, boating and skydiving. He also loved talking with friends and enlightened many people with his natural comedic talents and his impersonations, especially his favorite, Rusty Shackleford. Dan was constantly involved with the local law enforcement community and one of his favorite times was when he was a Secret Service escort and met President George W. Bush. He also loved going on ride-alongs with TPD and helicopter ride-alongs with LAPD. He was very passionate about helping people and just a couple of the countless examples are him reuniting a local homeless man with his long lost daughter, whom he had not seen in over 8 years. Another time he and his twin brother, Tom, carried Shannon Lowry Garza, a woman unable to walk, all throughout the town of Medjugorje, Yugoslave, when she was on a Pilgrimage, and became life long friends. Daniel is survived by wife Cary Jo Collins; three children Michael (Tess), Jennifer (Cory Courselle) and Daniel Jr.; two grandchildren Quinn and Caden. He is also survived by mother, Betty Collins, and eight brothers and sisters: Mike (Wendy), sons Michael and Brian; Maryann (Chris Larson), daughter Sarah; Cathy (David Sanders), sons David Jr., Jay, Chris, and Nick; Steven (Debbie), sons Jeff and Jonathan;Christine (Jim Happgood), daughters Rashell and Jackie, sons Justin and James; Thomas, son Thomas Jr. and daughter Nicole;Harry (Lisa), sons Christian, Harry, John and daughter Emily; John and daughter Kelly and Claire, and sons John Jr. and Joe. He is also survived by countless nieces, nephews, cousins and aunts and uncles. He was preceded in death by his father Harold Collins Jr, and grandson Landon. Visitation 4:00 to 8:00pm Friday, February 27, with a recitation of the Rosary at 7:00pm, all at Rice Mortuary, Torrance, CA. The Funeral Mass will be held at 1:00pm on Saturday, February 28, 2015, at St. Margaret Mary Catholic Church. Burial will follow at Holy Cross Cemetery in Culver City. In lieu of flowers, donations may be made to http://dm.gofund.me/n57biw or in care of Jen Collins, at 2407 Gramercy Ave, Apt B, Torrance, CA 90501.