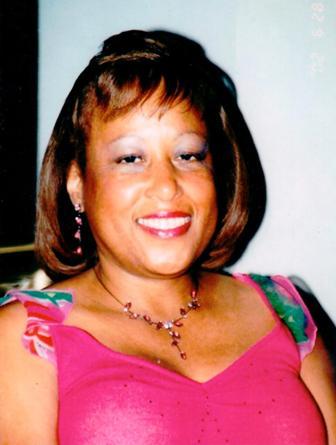 The Life of Dalphin Williams Dalphin Williams was the third child born to the union of Rudolph Monte/ Williams and Lou Dell Williams on August 6, 1953, in Los Angeles, California, where she resided until her death on January 9, 2017.There were seven children born to this union. Dalphin's father, mother and her two brothers, Zachary Keith Williams and Anthony Williams, preceded her in death. Dalphin accepted the Lord at an early age at Saint Andrews Baptist Church in Los Angeles, California. Dalphin attended 52nd Street Elementary School, John Muir Junior High School and Manual Arts High School. She then attended Pepperdine University in Los Angeles and continued her studies at Pepperdine University at its Malibu Campus in California, where she earned her Bachelor of Arts Degree in English and was a Thesis away from her Master's Degree in English. Dalphin's first job was as a secretary working for her father, Rudolph M. Williams, at Williams Moving and Delivery Service, which later became affiliated with Bekins Moving Company as its first black agent in the United States. Upon graduation from college, Dalphin followed her passion for teaching African American students and taught English at George Washington High School in Los Angeles for over three years. She was then transferred to North Hollywood High School in the San Fernando Valley where she taught English for two years. After leaving the teaching field, Dolphin worked as a secretary and as an administrative assistant. She also worked at various law firms in downtown Los Angeles as a legal secretary and retired from the law offices of Orrick, Herrington & Sutcliffe LLP in 2005. Dolphin moved to Henderson, Nevada, where she lived for three years and then returned to Los Angele s, California, where she resided with our Mother. After our Mother became ill in 2010, she "home cared' 'for her until she passed in 2013. Dolphin had many interests, including horseback riding and traveling. She visited Hawaii, Washington, D.C., Florida, Puerto Rico and Jamaica. She also took several cruises throughout the Gulf of Mexico and the Caribbean Islands where she enjoyed parasailing and hang-gliding. Dalphin attended numerous plays, theatre productions and social events with her close friends Barbara Turner, Swanja Smith, Grady Johnson and Joseph Nalls. Some of her other interests included, listening to talk radio, watching religious programs and Japanese soap operas (with and without subtitles) on television, and reading the Bible as well as mystery novels and fashion magazines. She also enjoyed fixing things like the television character MacGyver and being on the computer extensively. Dalphin leaves her family and friends with many loving memories. She is survived by three sisters, Damita A. King, Lorna Lea Laisure (husband-Raymond) and TaTiana B. Williams; one brother, Winsor M. Williams Sr. (wife-Sandra) and sister-in-law Connie Fennel (wife of Zachary, deceased); one uncle, James Haywood ; two aunts, Eudora Manley and Irma Smith; and a host of nieces, nephews, cousins and friends. She will be truly missed by all of her family and friends!