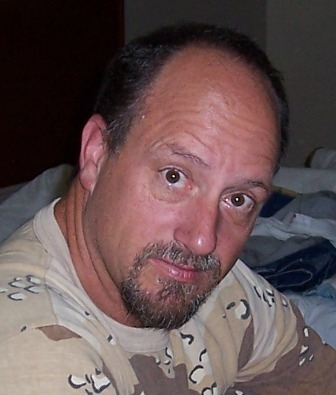 Dale Alan Roberts Dale passed away at the age of 59, at home in Torrance, peacefully in his sleep on April 21, 2017. He was born on November 20, 1957 to Fred and Audrey Roberts at Rose Hospital in Los Angeles. The family later moved to Torrance where he mainly resided most of his life. Dale went to and graduated Halldale Elementary, Stephen M White Jr. High School, before graduating from Nathaniel Narbonne High in 1975. While growing up, Dale was extremely active and excelled in competition shooting, Baseball at Fre-Way Little League, Cross Country and Track. Dale's shooting skills earned him a spot to shoot at the National Air Rifle Championships in Wichita, KS where he placed 2nd overall and earned a $1500 scholarship. Upon graduating from Narbonne High, Dale worked for United Van Lines as a local Driver/Mover before earning his license and driving ling haul across the continental 48 states. Dale would later become a Local Union 63 Teamster Driver delivering baked goods across California, Arizona and Nevada before retiring with over 30 years in the Union. As he always stated …"I haul my buns around". During this time, he earned awards for driving over 1 million miles without an accident… Dale earned this award twice. As much as Dale loved to drive… he loved shooting even more. From Small Bore Competition, to Skeet Shooting, to Long Range High Power… including 800, 900 and 1000 yard Palma Matches. WITH NO SCOPE!!! To him, that was cheating. Dale excelled extremely well in this realm, bringing home trophies, medals, certificates and plaques from all over the U.S. Dale would later get into the Tactical Realm. He worked his way up to the instructor level at Front Sight and became a Certified NRA Firearms Instructor as well…all the while continuing his training and education and expanding his knowledge in the "Real World" situations. The man LOVED TO TEACH!! And he taught well. He made the world a better and safer place to live in, passing on his knowledge and experiences to Police cadets and civilians alike. Dale was taken way too soon from our lives and this world. He was a wonderful brother… an even better son… and an even better friend…all rolled into one. Caring, Loving, Honorable, Honest, Integrity, Respectful, Virtues', Selfless and of course Humorous…with a laugh you could hear from miles away. This world is a lesser place without him in it. But, he is only gone in the physical aspect. Dale passed on all of those things within him, to all the others in the world that he came into contact with. So Dale, you are STILL WITH US! Because of all the lives YOU touched, in so many different ways, WE… carry you inside each and every one of us. And we will keep you alive within us as we continue on our journeys. May you Rest in Peace Dale… You not only deserve to… You earned it. He is survived by his Father Frederick, Brother Glenn; Uncle Alfred and numerous and countless friends. Memorial services will be at 6 pm Wed. May 3rd at Rice Mortuary located at 5310 Torrance Blvd., Torrance, CA 90503.