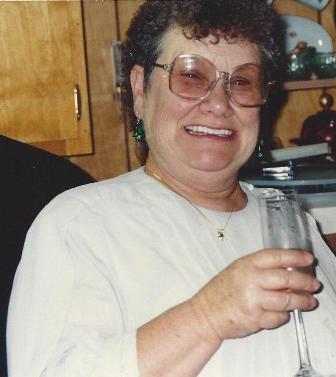 Cynthia Harvey Woods, 82, beloved wife, mother, grandmother and great-grandmother, passed away October 25 at home. Cynthia was born July 28, 1930 in Cincinnati, Ohio but moved with her family to Santa Monica, CA in 1934. It was there, when as a young woman selling war bonds door-to-door, she met her future husband Richard. That meeting resulted in their marriage in October 1949 and a 63-year long love story. She worked at Northrop Aircraft Company for 35 years before retiring to enjoy life with her husband and family. Cynthia was a fierce and loyal friend with a passion for her family. She was a strong presence in the lives of her children and they enjoyed raising and showing purebred dogs. In 1967, she established CynPam's Poodles showing miniature poodles with two of her daughters, Pamela and Antoinette. She was a guiding force behind the South Bay Kennel Club, serving in many official capacities including secretary and director. An active member of the club since 1969, Cynthia was a behind-the-scenes presence throughout its 43 year history, working in a wide range of duties to support the club and its annual dog shows. She was a familiar sight to the dog handlers and attendees as she worked from early morning to late in the evening to ensure the shows were successful. Her many friends mourn her passing and will remember her drive, passion and loyalty. Cynthia is survived by her loving husband of 63 years, Richard H. "Dick" Woods. She also is survived by her four children Pamela Ann of Gardena; Richard, his wife Jean and their children Richard, Robin, Abraham, Kip and Rebecca of Hazelton Iowa; Antoinette "Toni" Woods of Gardena; and Victoria Susan "Suzi" Gieseke, her husband Jerry, and children Tony Seeman, Sandy Seeman and Adam Seeman of Perry, Iowa. She also is survived by six great-grandchildren Jimmy, Madden, Sage, Rachel, Caleb and Tristan. She was predeceased by grandson Steven Seeman. A memorial service is planned for noon Wednesday, October 31 at Rice Mortuary, 5310 Torrance Blvd., Torrance. In lieu of flowers, the family requests donations to any of Cynthia's favorite causes--Alley Cat Allies, Wildlife Waystation or City Park New Orleans.