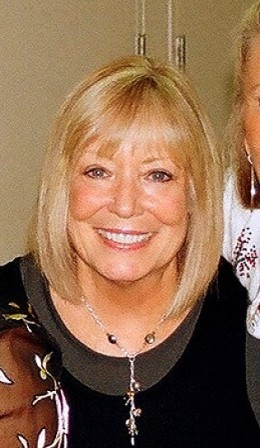 Cindy (Moore) Haxton 1947 - 2017 Cindy Haxton passed away Wednesday, May 24, 2017, of pancreatic cancer. Born Cynthia Ann Moore on October 22, 1947, Cindy had a vivacious personality that drew people to her because of her genuine interest in their lives and well-being. With her beautiful smile and big blue eyes, Cindy lit up every room she was in - whether it was a family get-together, or at the office or her weekly Bonco game with her friends. After graduating high school from St. Mary's Academy and attending El Camino College, Cindy married Ben Haxton in 1968. She worked at TRW in Redondo Beach for several years but after her son Kurt was born in 1974, she became a stay-at-home mom. A few years after the birth of her daughter Jenna in 1979, she returned to the work force, first at the Manhattan Beach School District and then her high school alma mater, St. Mary's Academy, now located in Inglewood. At every turn along the way, Cindy made life-long friends and touched many lives. The ICU floor at Torrance Memorial Hospital was overwhelmed by the phone calls and visitors generated by Cindy this past week. Her life has been devoted these last 3 years to her grandson Ryan, who she was simply besotted with. Of all the legions of people who will miss Cindy like crazy, Ryan will miss having the most devoted grandmother in the world. Cindy is survived by her son, Kurt Alexander Haxton, her daughter Jenna Susanne Haxton, her grandson Ryan Alexander Richie, her sisters Susan (Moore) Haffley, Janie Moore and Colleen Moore-Rodriguez and her cousins Dennis Herbert and Mary Pat (Herbert) Parker. She was preceded in death by her father, Thomas Gordon Moore (1917-1960), her mother Ruth Patricia Innes Moore (1920-1988) and her brother George Dale Moore (1951-1992). In lieu of flowers, a donation in her memory can be made to: St. Mary's Academy (www.smabelles.org), Pancreatic Cancer Research (www.pancreatic.org) or Homeboy Industries (www.homeboyindustries.org).