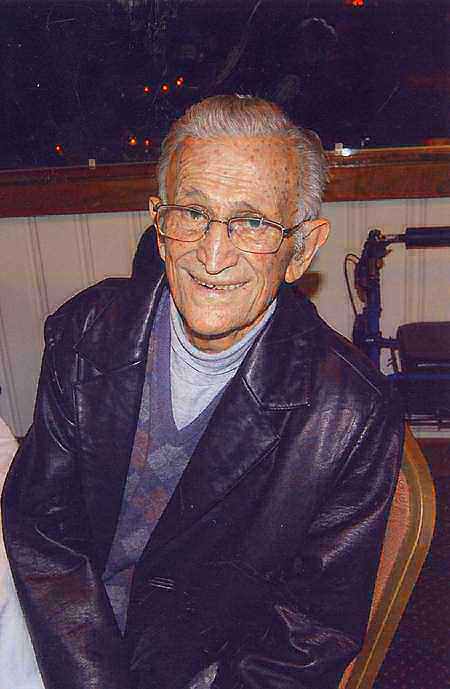 CRIS P. ELIOPULOS Cris passed away peacefully at home on September 6, 2013 at the age of 89. He was born to Panos and Stavroula Eliopulos in Lancaster, CA on March 16, 1924. Cris is survived by Anne Pappas Eliopulos his wife of 63 years and sister Angie Georggin. Cris and Anne have three children: Cristine and John DiBernardo (Johnny, Christina and Liliana DiBernardo, Christina and Kate North, and Anthony DiBernardo), Pete and Mary (Alyssa and Annamarie Eliopulos), and Stephanie and Rev. James Powell (Cristopher, Amy, Jacob and Noah Powell, Nicholas Powell, Alexander and Kari Powell). He also is survived by his loving sister-in-laws Mary Fondas and Dixie Eliopulos; brother-in law George and Joan Pappas. He also leaves behind many loving nieces, nephews, and devoted friends. Cris was preceded in death by brothers, George, Andy, Ted, Charley; and sister Helen Rowe. Cris served in the United States Army from 1943 to 1946. He went to South Hampton, England and then to France where he was stationed until the end of the war. Cris worked for the So. California Edison Company for 38 years until he retired in 1982. Cris was active over the years in organizations including, President of the Native Sons of the Golden West, President of the American Legion in Lancaster, CA, member of the American Legion, Leonidas Post # 285 in Los Angeles, CA, Treasurer of the Victor Elementary PTA Board and Honorary Life Member, Manager of the Little League Baseball Senators Team. He made improvements in lights and mats for the Football Stadium at West High. He was Chairman and Board Member for the City of Torrance Parks and Recreation Department. Cris was active in his Greek Orthodox Church serving as camp Counselor at Catalina and President of the Mr. and Mrs. Club of St. Sophia Church. Cris was a founding member of St. Katherine Greek Orthodox Church in Redondo Beach. He served on the Parish Counsel for many years and President for two terms. He could also be seen trimming trees, checking on all the electrical, installing cabinets and doing whatever was needed. He was honored by St Katherine's in 1992. Cris served as a District Governor of The Order of AHEPA, was President of his Chapter, and was Chairman for many committees. He served as Past District Governors Club treasurer and as the El Camino Real AHEPA Scholarship Foundation treasurer for many years. The Daughters of Penelope, Anthos Chapter #395 honored Cris in 2009 for his tireless volunteering efforts and his Community involvement. Services for Cris will be a Trisagion at Rice Mortuary (5310 Torrance Blvd, Torrance CA 90503) at 6:30PM on Tuesday September 10, 2013. The funeral will be at St. Katherine Greek Orthodox Church (722 Knob Hill Ave. Redondo Beach, CA) on September 11, 2013 at 10AM. In lieu of flowers you may make a donation to St. Katherine's Building Fund.