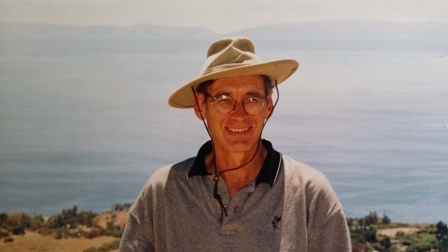 Craig E. Taylor, 68, of Torrance, California passed away on May 31, 2014 after a short illness. A brilliant, kind, and generous man, Craig was equally at home in the worlds of mathematics and philosophy, balancing a career spent in risk analysis with time spent reading and discussing poetry, politics, and history. Born in New York City on September 20, 1945, to Calvin Walker Taylor and Dorothy Cope Taylor, Craig grew up in several states but graduated from high school in Salt Lake City, where he played baseball and basketball and began an intellectual search that would not end until a few days before he died. He graduated from the University of Utah in 1967 and earned a doctoral degree in philosophy in 1974 from the University of Illinois, Urbana, studying under his revered mentor, Fred Will. A gifted mathematician, Craig took what he had gained from studying philosophy and applied his insights to risk analysis, with a focus on seismic risk. In California he worked for the J.H.Wiggins Company, Dames & Moore (URS), and as a private consultant. He was also a research professor at USC and relished the opportunity he had to teach at Tongji University in Shanghai in 2012. Craig was very proud of his work with the American Society of Civil Engineers (ASCE), where he served as chair of the Council on Disaster Risk Management from 2005 until 2008. Craig married Barbara Benzley in 1964 and had two daughters. After a divorce he married Gayle Nelson in 1978. Craig and Gayle had two children and a most happy marriage, full of walks on the beach, dinners in Riviera Village, travel, and, most importantly, lots of interesting conversation. He loved being with his children and grandchildren, who called him B.D. (short for "Big Dad." Weekends were spent shooting baskets on the make-shift court in the family driveway, playing games of charades or cards, or inviting friends over for dinner and discussion on topics ranging from sports to film. Although Craig and Gayle traveled to Europe and Asia several times, nothing was more treasured than a family vacation to nearby Catalina Island, a place that reflected all that Craig loved about the beauty of Southern California. Craig's parents preceded him in death. His survivors include his wife, Gayle, his daughters Romy Taylor (Slava Petuhov), Melissa Taylor Dresler, Catherine Taylor (Galway O'Mahony), and his son, Adam Taylor (Abby Horn). He also leaves four grandchildren, Julia, Max, Madison, and Logan, whom he loved very much. He is survived by his brother, Stephen Taylor, and sister, Nancy Taylor, and several nephews and nieces. A celebration of his life will be held on Saturday, July 12, at 10:00 a.m. at the South Coast Botanic Garden, 26300 Crenshaw Boulevard, Palos Verdes Peninsula. In lieu of flowers, the family requests contributions to the Boys & Girls Clubs of America. His ashes will be scattered off Catalina Island, so that when friends and family view the island from the Palos Verdes Peninsula they will remember this remarkable man.