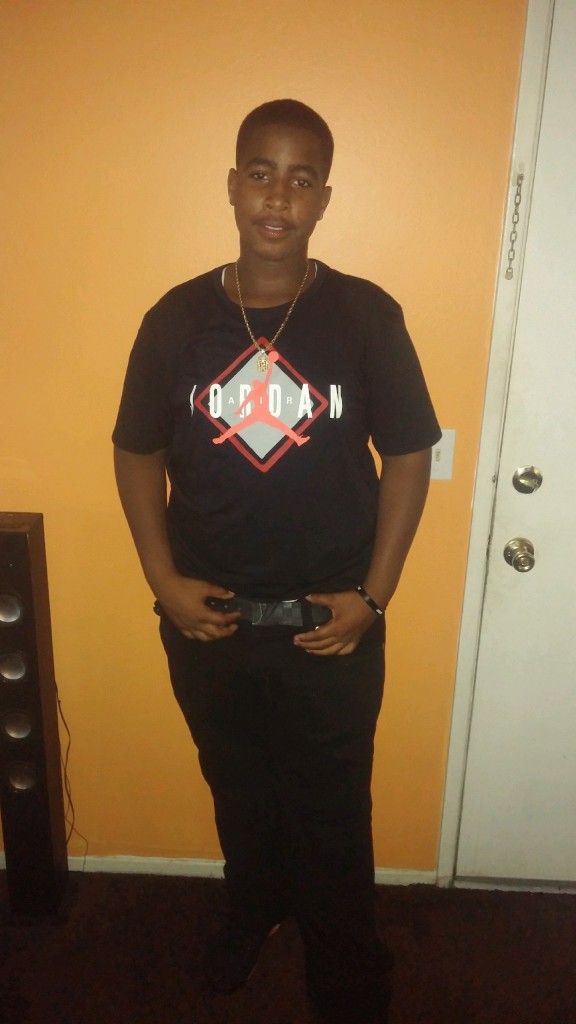 King Corey’s Story This story began on Tuesday, September 18, 2001 at 9:18am King Corey AKA “Papa” was born to Carlos L. Daily and Sharey A. Willis in Inglewood, California and this day officially marked the 2nd happiest day in Sharey’s life. Corey was the baby boy of both parents and he was the joy of their lives. Corey was a sweet, loving and bright kid who kept everyone in his presence laughing, because he was a jokester and to know him was to love him. Corey’s life was dedicated to the Lord at a very young age of 2yrs old alongside with his Godparents Herbert and Lakiesha Brown. At Praise Tabernacle CHSC under the leadership of Bishop Craig E. Brown in Los Angeles, California. Corey attended schools within the LA Unified School District in the Harbor City area which included 15th Street Elementary, Harbor City Elementary, Fleming Middle School, Narbonne High School and Cooper High School. Corey enjoyed playing sports, he played football for TRI City “Which he didn’t care for” He said they sucked! So he went on to play for the Crenshaw Bears where he became the “MVP.” Corey also played Basketball for Harbor Park, Loved his video games and not to mention his occasional gambling “Shooting Craps” taking everyone’s money and sharing with his Mama LOL. Long live King Corey AKA “Papa” a person who would brighten up your day, by just being himself and of course with that beautiful smile. Corey always played around, but you could always count on him to be that friend who had your back. The little brother who loved all of his siblings! “But who doesn’t have their favorite.” Corey had a special bond with his sister/mom Myesha they would fuss and play with each other, but that bond was unbreakable, he loved his big sister. Corey was that uncle that loved his nephew Kordell and niece Christiana My’luv. From the moment he found out he was going to be an uncle for the 2nd time he was over joyed and apparently a pain in Myesha’s back side, because Christiana My’luv turned out to be his Twin in every way possible. Corey loved his father and mother, but he was hands down! “A Mama’s Boy” they were friends to the end and Corey was her fashion consultant, he loved when she dressed nice. Corey would always squeeze his mom’s face with those fat fingers telling her, he was going to put her in that house on the hill and promised her that he would graduate and walk across that stage for her. But on Monday, October 16, 2017 at 6:04pm our Lord and Savior had better plans and a bigger stage for Corey to walk across to meet the rest of his family that now precedes him in his rest. Grandparents Denether Willis, Solomon and Margaret Daily, Cousins Semaj Daily and Brent Marsh, God sister Daquisha Marshall. Corey leaves behind his Father Carlos L. Daily; Mother Sharey Willis; Grandparents Mujahid and Benita Abdur-Rahim; Siblings Myesha Willis, Carlisha Daily, Carlos Daily Jr., Kelly Daily and Khalil Karo; Nephew Kordell Jackson; Niece Christiana Duncan; Godparents Herbert and Lakiesha Brown; Cousin (Brother and Friend) K’Len Grandberry; ten Aunts; four Uncles, six God sisters; tow special Godmothers Brandy Valentine, Linda McFarland and a host of cousins and friends.