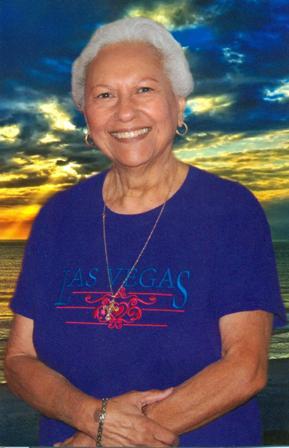 Consuelo Apodaca Garcia October 31, 1936 - February 10, 2014 Consuelo A Garcia of Torrance, California passed away on February 10, 2014, in Redondo Beach, California while in hospice care surrounded by family. She died of complications due to Gastric Cancer. She was 77 years old at the time of her death. She was born in Madera, California to Mary Sandoval and Pete Apodaca. Consuelo was one of two daughters. She grew up between Madera, Milpitas and Los Angeles, California during her childhood. On August 7, 1965, she married Leonard Alfred Garcia. They were married for ten years and they had three children together, Norma Rosa Garcia, Laura Anne Hughes and David Leonard Garcia. They lived in Pico Rivera, California until Consuelo moved with her children to Torrance, California in 1978. Consuelo worked for TRW aerospace for 40 years and retired from there in 2002. She is survived by her children, daughter Laura Anne Hughes; spouse Susan Hughes; son David Leonard Garcia and spouse Roxanne Garcia; as well as her mother Mary Maravilla and sister Maria Amparo Motta. Also surviving her are her grandchildren Nicole Garcia, Naomi Garcia, Kristi Hughes, Jennifer Garcia, Lauren Daniel, Xavier Aguiniga and Scarlett Garcia. Surviving great grandchildren are Israel Martinez, Giovanni Martinez and Marisol Martinez. A Vigil Service, Rosary and viewing will be held at Rice Mortuary in Torrance, on Thursday February 13th, from 5:00-9:00pm. The funeral service will be held at Rice Mortuary on Friday February 14th at 9:30am, followed by a reception in the Rice Mortuary Lighthouse reception room. Burial following at Pacific Crest Cemetery in Redondo Beach at 12:30pm.