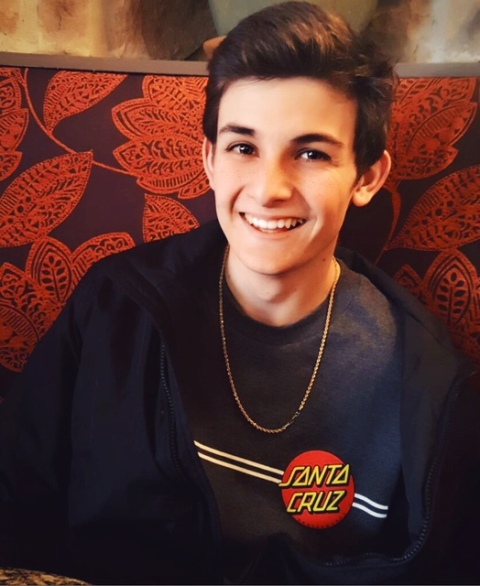 Connor Montgomery Aslay walked to the beat of his own drum. He had his own way of traversing the strangeness of this world, and it never ceased to amaze his family. From a young age, Connor liked to make things or tear them apart to see all the little quirky details. He was the youngest of two. "Baby brother, baby Connor" was his nickname around the house. He and his brother used to play on swings together, slide down hills, swim in the pool, play golf with their father, drive around yelling absurd things at pedestrians, and talk for long hours in each other’s rooms about future plans. Connor’s academic education was a difficult journey, but he made up for it with gumption. He learned through doing, which garnered him respect from friends and family alike. His friends adored him for his confidence and sense of humor, and his family respected him for his “I don’t care what you think of me” attitude. Never one to leave his room clean, Connor was a messy kid, but he made peace with the chaos and disorder of his room, much like how we all must find a way to make peace with this new-found heartbreak and pain that comes with death. His life was short, but he was happy. His days were filled with family who loved him. Growing up, Connor had a wonderful Mother who worked hard to provide for him and his brother. She would take him and his brother on fantastic vacations around the world and gave them a sense of adventure. She bought the Nintendo Wii for them, which was a big hit. She helped Connor with homework almost every night and helped him feel confident in his academics. Connor had a Father who supported any and all ambitions, whether it was golfing, surfing, or planning to start his own business. His brother, Colin, would stay up late at night to hear about Connor’s latest scheme or creation. He had a step-father who guided him and made him confident enough to seek his fortune. He gave him his first car and taught him to drive. Connor looked up to him in awe. They had so much fun joking around the house daily. We are all really going to miss those moments. Connor was strong in will and in heart. He was the kind of kid who could coin a term and have everyone in the neighborhood using it a week later. He was a leader but a quiet one, not the kind who needed people to listen to him. People naturally gravitated towards him anyway. He lived on his own terms. That’s something he always wanted and got to finally live out after he graduated high school last year. And with that last year of life, he lived and walked to the beat of his own drum. He made friends who will no doubt carry on the legacy of his nickname, “Salty." He made money, he spent time with his family on vacations and at his favorite restaurant, Benihana's, and though he never actually took the dogs for a walk, he still played with them and cared for them just as we all cared, and still care, for Connor. It was a short life, but there is no doubt it was a happy one. He went out on top of the world! Connor Montgomery Aslay was born on May 24th, 1999. He grew up on the Palos Verdes Hill. He passed away on June 3rd, 2018. He will live in our hearts forever. Rest in peace, Connor.