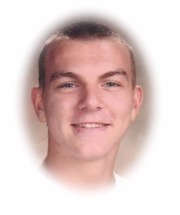 Cole Steven Purves, 20, originally of Torrance, California, and currently of Pahrump, Nevada, passed away unexpectedly on Saturday, May 30, 2015. He was born in Torrance, California, to Michael and Roberta Purves, the youngest of 4 children. He was raised mostly in California before moving to Arizona to complete high school. When Cole made up his mind about something, it was done. He was extremely healthy and cared about what he put into his body. Cole fell in love with Parkour when he was young. He was very talented at the sport and was even given the nickname of Prodigy-Son. His friends also used the acronym of his name: Crazy On Level Extreme. He spent many hours in Santa Monica and UCLA with his group PKLA. Cole had a gift to light up a room with his sense of humor. His goofiness and smile were contagious. He is survived by his parents; sister Tasha Purves; brother Jacob Purves; brother Derek Purves; grandmother "Nana" Rose Marie Canida; uncle Michael Canida; aunt Heather Purves Carson; cousin Alexandra Purves; and many other special family and friends. He was preceded in death by his grandfather "Papa" Robert Canida; grandfather Rob Purves; grandmother Charlene Purves.