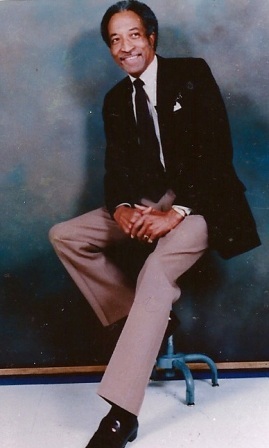 Clyde "Harry" Ferguson was born one half of a set of twins on September 3, 1934 in Sanford, Florida to the union of Frank Ferguson, Jr. and Lena Bellamy Ferguson. Clyde was preceded in death by his twin Claude. After assisting his dad as a migrant worker and leaving school early, Harry joined the U.S. Army serving in Korea from 1953 to 1956. He moved to California in 1956 where he met and married Verna Douglas on April 27, 1957. His first job after the military was with North American Aviation Company Maintenance Department where he rose to the level of Assistant General Manager before his retirement in 1992. He was a longtime resident of Gardena, California, managing the apartments where he lived after retirement. His favorite sport was baseball, his team the L.A. Dodgers. He loved playing cards and was dubbed "Taste of Change" by his mother Lena because of his prowess with the cards and his ability to leave the table with monies. He had the ability to perform construction, plumbing and automotive projects having no formal training or education. Harry is survived by his four children; Cassandra Ferguson Monroe (Raymond), Gail Ferguson, Kenneth Ferguson and Shevon Ferguson. He has three grandchildren; Ashli and Jared Monroe, Taj Taylor and one great grandchild; Brooklyn Monroe (who called him "G-Papa"). Harry leaves behind sisters; Helen Blackshear and Shirley Douglas (Willie), and two brothers; Jimmie (Mona) and Johnny (Joyce), also a host of nieces, nephews, cousins and many many friends. The children of "Taste of Change" request your joining us to celebrate one on his loves, each year on his birthday, September 3, Eat Pancakes! A gathering of family and friends will be held at 11:00 am, Saturday, October 24, 2015 at Lighthouse Memorials and Reception, Gardena, California. In lieu of flowers, donations may be made to the Mission Road Pharmacy/Charity (323) 227-4646; Los Angeles, California.