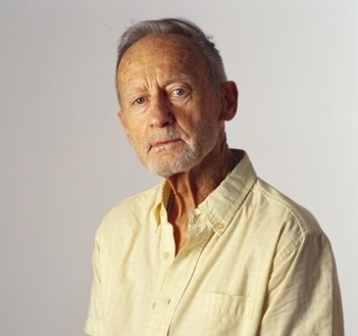 Clinton V. Scarich July 12, 1919–October 26, 2015 Clint was born in Los Angeles, California to Andrew and Ethyl Scarich. At about age 10 his family moved to Oakland. He graduated from the University of California, Berkeley in 1941. He joined the U.S. Army in 1942, serving at Bay Area bases, ending the war as a Capitan, and served in the active reserve for nearly twenty years. He married Marjorie Wick in 1943 and they had three children, Greg, Steve and Shelley, who survive him. He attended Stanford Graduate School of Business after the war obtaining an MBA. He then had a long career with Proctor and Gamble, working in sales and plant management. In 1965, he and Marjorie divorced and he transitioned to a second career in marketing and sales with American Express, first in Chicago and later in New York City, where he lived until 2009. He developed the travel bug, and even before retiring he started travelling extensively on his own. His travelled in Russia and Eastern Europe before the Iron Curtain came down, Scandinavia, Europe, Africa, East Asia, China, South East Asia and Indonesia, over 80 countries in all. He included stints in the International Executive Service Corps in Greece in 1970 and the Peace Corps in Nepal in 1978–80. While not traveling he volunteered at the 4th Street Food Co-op in the East Village and alternative theatre venues as much to help out as to meet interesting people. His love of dance led to many years volunteering at the New York City Ballet. He volunteered as a US Forest Service back country ranger in the Sierras and Rockies in both winter and summer. He was an avid alpine skier, bicyclist, and backpacker as well as snorkeling and spending several years sailing his catamaran around the Caribbean. After more than 40 years in New York City, he relocated to Redondo Beach in 2009 to escape the cold winters and be closer to his children and old friends. He was active until shortly before his death. He lived life to the fullest and will be missed by his family and friends. A family burial ceremony will be held soon. A memorial for family and friends will be held early next year. Please email Greg for details. For a collection of photos and more information please go to http://clint.knobby.ws.