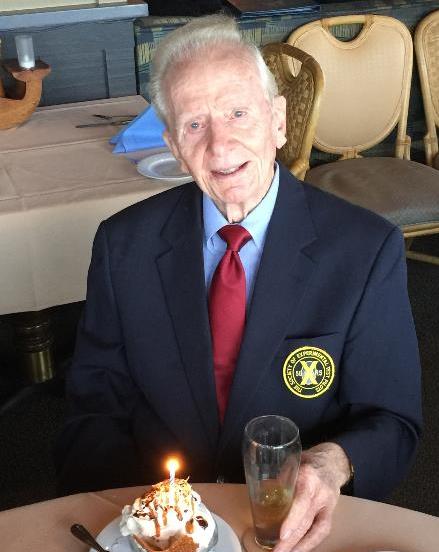 A 60-year resident of Rancho Palos Verdes, Red passed away July 29, 2020 from heart failure while recovering from a fall. He was born in Verdigre, Nebraska on October 30, 1925. Red was a career aviator beginning by flying crop dusters and towing banners to piloting the A-26 at the end of WWII. After the war he became a pilot for Continental Airlines and had the opportunity to fly many airplanes from the DC-3 to the Concord and he personally helped bring LAX into the jet age. He was a Boeing 707 Captain before he eventually became Vice President of Flight Operations until his retirement in 1982.  He is survived by his three sons, David (Kristen), Larry (Anne) and Mark (Nikky); granddaughters Kaycee and Kristin, grandsons Eric and Michael, and great granddaughter Kaitlin and great grandson Caleb.  He was preceded in death by his wife, Luddy of 53 years. A private burial at sea will be held on a future date.