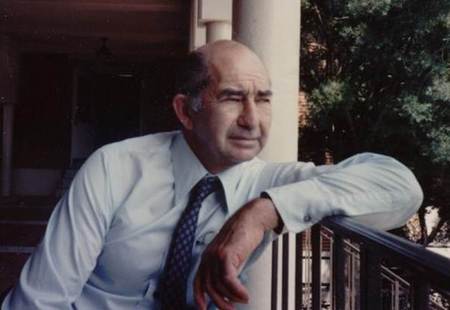 Claude Robert Jackson, 82, of Torrance, beloved husband to Patricia/Pat (Barrack) Jackson for 54 years, passed away in his home peacefully on July 15, 2013, surrounded by the ones he laughed with, lived for, and loved. Claude was born in Chicago, Illinois on August 12, 1930. Eventually, he and his family worked their farm in White Cloud, Michigan and he graduated from High School in Jackson, Michigan. Claude served in the Army then joined his brother who was living in San Diego while in the Navy. Claude remained in California moving to Los Angeles where he met his wife Pat and raised 2 daughters. Claude and Pat lived in Inglewood until moving to Torrance for the last 40 years. Claude was a machinist by trade spending more than 40 years with Southwestern Industries. Claude was well respected by anyone who met him, and was known as "Mr. Jackson" by almost everyone including Gerry his son-in-law of 33 years. He had a strong work ethic, and was thought of as a man of integrity and a quiet listener. Claude was always a bit of a prankster with a great sense of humor who loved animals; he was an avid golfer, a hunter and was fond of fishing he enjoyed all of these activities with a host of friends and family. Everyone knew Claude as a huge sports fan, he loved the Dodgers and watched numerous sports endlessly; he has been described as a walking sports encyclopedia. He was predeceased by his parents Harold and Dora Jackson and his brother Richard Jackson. Besides his wife Pat, Claude is survived by his brother Bert Jackson; two daughters Brenda Richter and her husband Gerry; Barbara Jackson Hernandez, her husband Jim; four grandchildren Aryn, Brennan, Cydney, and James; great-grand children Rylie and Carter; and his dearly loved numerous nephews and nieces and their children. A memorial service will be held at Rice Mortuary on Saturday July 27 at 2:00 pm with a reception following. Please go to the mortuary's website www.lafuneral.com to send the family messages, share memories and to obtain directions to the service.