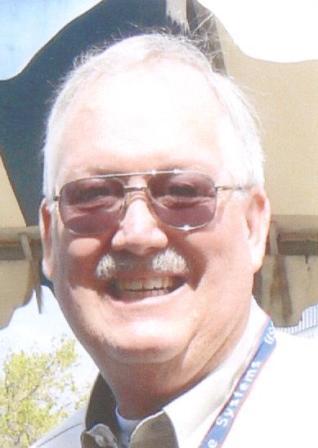 C. Dennis Sibley entered life June 18, 1946 entered heaven August 29, 2013 Born in Los Angeles to Clarence and Louise Sibley, Dennis was a true California native, living in Torrance, Woodland Hills, Sacramento area, and settling in Hermosa Beach. In his early years he worked at several bicycle shops in the South Bay until transitioning into the aerospace industry starting with Hughes Aircraft in 1984. He continued with the company as first GM bought it then Raytheon, retiring in 2010 after a little more than 25 years of service. He enjoyed living near the beach, good bar-b-que, airplanes and the space program, reading, photography, the Dodgers, Yosemite, and had a passion for travel. Travels included most of the U.S. including an Alaskan cruise and Hawaii, Canada, Paris, Puerto Vallarta and Guerro Negro, Mexico. Although cancer claimed his body, Jesus claimed his spirit and he is now pain free and at rest with the Lord in heaven. He is survived by Wendy, his wife of 19 years, his brother Jim and wife Charlotte of Mississippi, Aunt Mabel of Ventura and many in-laws, cousins, nieces, nephews, extended family and a myriad of friends and co-workers. Underneath the gruff exterior was a gentle teddy bear who will be remembered as kind, loving and very generous, ready to help someone in need. A celebration of life will be held on September 28, 2013. 2:00 PM at Breakwater Church in Redondo Beach. In lieu of flowers donations may be made to Water Wells for Africa in memory of Dennis.