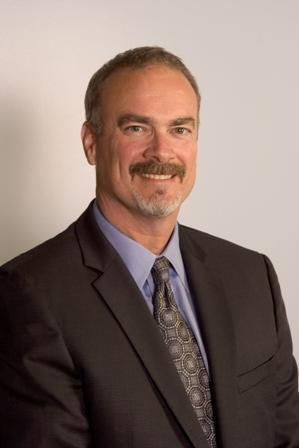 Christopher J. Orenic, O.D. 1957-2012 Dr. Christopher J. Orenic, a devoted father and loving husband, passed away unexpectedly on Sept. 17 from complications following heart surgery. He was 54. Chris was widely known in the South Bay for having built a successful optometry business, Advanced Eyecare Center of Manhattan Beach, and for his active involvement in the community. He participated in and contributed to numerous school and sporting events. He also served on the Manhattan Beach Chamber of Commerce's Board of Directors. A gourmet chef, Chris loved cooking for family and friends. He was dedicated to his family and spent all his free time with his wife, Mary Claire, and their son, Christopher. He especially loved cheering on Christopher, who played on championship volleyball teams at Mira Costa High School, SCVC and USA Volleyball. This fall, Christopher entered USC as a member of the Men's Volleyball Team. A family man from the start, Chris was born Dec. 12, 1957, in Joliet, Illinois–the second of nine children born to Michael and Kathleen Orenic. Growing up in Joliet, he was an outstanding student who was active in athletics and band. He graduated in 1975 from Joliet Catholic High School. He went to Barry University in Miami, Florida, and graduated cum laude in 1983 with a bachelor's degree in biology and a minor in chemistry. In 1985, while working in Chicago, he met his wife-to-be, Mary Claire Van Bree. They moved to California, married on July 16, 1988, and were inseparable throughout their marriage. For both of them, the two best days of their lives were the day they married and the day of their son's birth. Chris graduated with distinction from the Southern California College of Optometry in 1992. He was in local, private practice for more than two decades, helping thousands of patients improve their vision and protect their eye health. Chris is survived by his wife of 24 years, Mary Claire; their son, Christopher Kenneth; five brothers and three sisters, and 26 nieces and nephews. Services will be held at 2 p.m. on Friday, Sept. 21, at American Martyrs Church, 624 15th St., Manhattan Beach, CA 90266. In the spirit of Chris, the family requests Aloha attire. In lieu of flowers, the family requests that donations be made to the Christopher Kenneth Orenic Education Fund at The Bank of Manhattan, 2141 Rosecrans Ave., Suite 1100, El Segundo, CA, 90245.