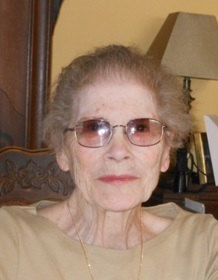 Charlotte S. Zana, "Peggy" passed away on July 23 at the age of 86 after suffering for several years with COPD (Chronic Obstructive Pulmonary Disease). Peggy was born, Charlotte Starr Sharp, on January 29, 1929 in Glendale, California. She attended Covina High School and Pasadena City College. She wanted to be an actress and did some early television, where she met the love of her life, Peter R. Zana, who was an aspiring actor. Acting didn't pan out for them professionally, but it did in romance. They were married in 1949. Peggy worked while Pete went to USC on the G.I. Bill. He graduated in 1953 and took a job working for the Social Security Administration. Their son, Randy was born in 1954 and in 1956 they moved to Torrance. After living in their Torrance home for only 6 weeks, they relocated to Baltimore, Maryland. In 1958, their daughter Gina was born. Peggy made a wonderful home for her family, and was a volunteer librarian at St. Mark's School, in Catonsville, where both of the children attended. Upon Pete's retirement in 1979, they returned to their Torrance home and gave much of their time and talent to St. James Catholic Church. Peggy also served as an Extraordinary Minister at the Church. She enjoyed her life, full of family, and many friends. She loved animals, especially cats, and was a dedicated supporter of numerous animal rescue organizations. She loved cooking, reading, old movies, Dean Martin, big bands and swing music, and sewing. Her sewing skills included quilting and dress making and she even embroidered the wedding gown for her niece and made veils for 3 of her granddaughters' weddings. She could beat anyone at cards or cribbage or crosswords. She was a puzzle enthusiast, to say the least. She could even beat the grand kids at Wii bowling. Peggy is survived by her brother, Harold T. P. Sharp; daughter, Virginia S. Rittermann, who cared for her and resided with her for the past 24 years; her son, Albert R. Zana, six grandchildren, nine great grandchildren, and numerous nieces and nephews. Her grandchildren refer to her as "Great". A viewing and Rosary will be held at Lighthouse Memorials & Receptions – McMillan Center in Gardena on Friday, July 29 from 5 until 9 p.m. There will be a mass on Saturday at 10 a.m. at St. James Catholic Church, 415 Vincent St., Redondo Beach, followed by interment at Green Hills Memorial Park in Rancho Palos Verdes, and a reception at Lighthouse Memorials and Receptions – McMillan Center in Gardena.