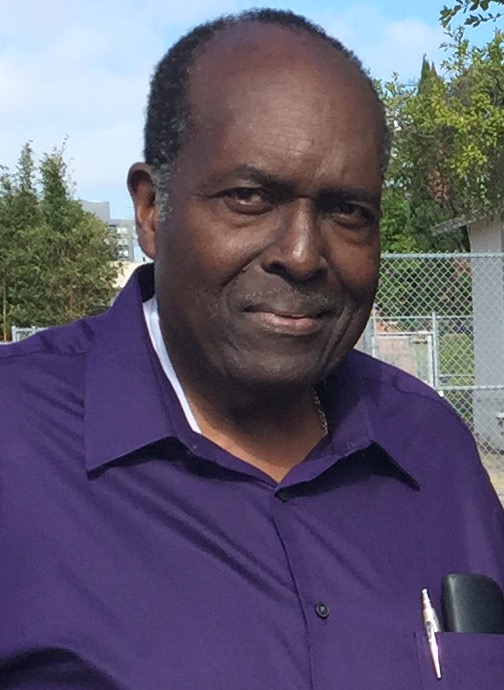 Charlie Johns Jr. passed away at home in Carson, California on Friday, June 23, 2017. On December 2, 1939 in Lake Providence, Louisiana the late Charlie Johns Sr. and Sarah Alexander Johns were blessed with the birth of their first child, Charlie Johns Jr. The oldest of 8 children, Charlie was the big brother his siblings looked up to. Charlie married the love of his life, Fleeter Albertine McDaniel, on July 11, 1960 in Lake Providence, Louisiana. Meeting Fleeter in 1957 was love at first sight. Obviously attracted to her natural beauty, Charlie was also drawn to her innocence and honesty. There was a wholesomeness within her that attracted him to her and he admired the way she spoke up for what she believed. Determined to have a prosperous life, the newlyweds moved to Los Angeles and eventually bought a home in Carson, California in 1968. Hard work and dedication were the foundation of Charlie’s many years working in the Aerospace Industry. Starting his career as a machinist at U.S. Motors, he excelled as one of the first African Americans to advance in the Aerospace industry. He would spend his breaks observing other machinists operating machines he had not used and eventually learned how to use all the machines in the plant. At the time of Charlie’s retirement, he was a district manager for McDonald Douglas in Torrance, California. Charlie not only had a passion for preparing BBQ he had a talent for it. He taught many the art of coal placement and the importance of not only seasoning but marinating the meat. He would share with anyone who asked that the key to good BBQ was patience. That said, it was a common site to see Charlie on the patio listening to his jazz favorites while preparing delicious BBQ. The meal was always a treat for all those who were lucky enough to taste his scrumptious BBQ beef ribs, chicken or brisket. More recently Charlie had ventured into smoking meat. This was a skill quickly mastered by Charlie that he enjoyed. Quite a few times Charlie shared with his son-in-law Greg his smoking meat technique. One of the biggest blessings during Charlie and Fleeter’s 53-year marriage was the birth of their only child, Laurice. Charlie was a proud and dedicated father and he made sure his daughter had everything possible to become a successful woman who would be able to enjoy life to the fullest. One of Laurice’s favorite daily routines was to come home and get a recap from her dad of the day’s events. These daily updates not only included appointments and tasks accomplished but CNN news highlights which often led to in-depth conversations. Charlie made sure his daughter was well-rounded. At an early age, he taught Laurice how to garden and they planted a vegetable garden together every year. Fresh vegetables were often included in the many dishes he taught her to cook although she still doesn’t eat many vegetables. Anyone who knew Charlie would tell you that 1993 and 1999 were milestones in his life because his grandsons, Michael Charles Williams and Justin Edward Hinton were born. Charlie was the proudest grandfather and constantly bragged about his grandsons. While developing a special relationship with each grandson, they shared secret handshakes and private jokes. He was very proud to watch them mature into young men. Charlie played an active role in their lives attending all of their special events and picked them up from school every day. “Papa” or “Pops” as they affectionately called him was a major part of their foundation and he will always live in their hearts. Charlie was preceded in death by this beloved wife, Fleeter Albertine and his sister Diane. He leaves to celebrate and cherish his memories, a loving daughter, Laurice (Gregory) Laskey, two grandchildren, Michael Charles Williams, Justin Edward Hinton, three brothers, Johnnie (Rosanna) Johns, Fred (Edna) Johns, Eddie Johns and three sisters, Delores Johns, Lola Landry, Carolyn Henderson and a host of nieces, nephews, other relatives and friends. Charlie will be greatly missed by all, his care and concern for others, fabulous stories that included life lessons and many laughs will forever live in our hearts.