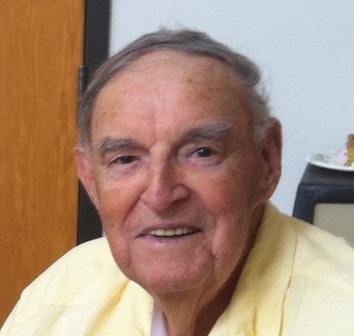 Charles Wilbert Boyle Born July 13, 1924 in Los Angeles, and passed on to new life to be with the Lord on September 6, 2016 in Torrance. For over 30 years Charlie worked as an electrician at Southern California Edison, and was a mentor to many throughout those years. He was a lover of the outdoors and enjoyed hunting, fishing, and camping. If dad had a joke to tell which tickled his fancy, his mischievous grin broke through, and you knew you were in for a good belly laugh. He especially delighted in and enlightened all with his story-telling that was second to none, and the details in which he recalled them was truly amazing; you could picture it, taste it or smell it. He had an amazing love of country, and served in the Marines in WWII with the 1st Marine Division (B11) during the Peleliu and Okinawa campaigns, and was a Purple Heart recipient. The eldest of 13 children, dad was the true patriarch of the family. Family meant everything to him, and he was everything to the family. Charlie was predeceased by the love of his life of 64 years, Sophie (Jessie). Survived by daughter Kathy, son Bruce; grandchildren Brian, Jodie and Billy; sister Alice and brother Jim; and dozens of beloved nieces and nephews, many longtime and close friends, as well as those who looked to him as a father-figure. Semper Fi