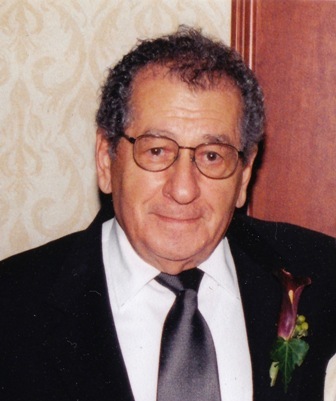 Charles Thomas Menechios was born on July 22, 1928, to Thomas and Catherine Menechios in Boston, Massachusetts. At school, he helped raise bees and learned about sculpture, classical music, and blacksmithing. He spent summers with his cousins on the beach in Hyannis, picking wild blueberries and digging for clams. He sang in the church choir at Boston's Annunciation Greek Orthodox Cathedral. He excelled in chemistry and graduated from high school at 16. He earned his degree in chemical engineering by the age of 18. This led to a job at the Chevron refinery in El Segundo where he worked for many years. He later became the head of Chevron's San Pedro Marine Terminal. In 1986, he served as President of the Los Angeles Harbor Association.      In 1968, he married his wife, Tessie, and settled in Palos Verdes where they raised two daughters. He served on the Parish Council for St. Katherine's Greek Orthodox Church in Redondo Beach. In his retirement, he became an avid golfer and played with the "Galloping Tunas" and the "Greek Army." He will be remembered for his wonderful sense of humor, funny stories, and easy-going personality. He was a sweet, generous, and kind person.      He was preceded in death by his wife, Tessie, and his sisters, Kaliope Menechios and Frances Yockey. He is survived by his daughters Katherine (Don) Frazier and Stacy, and three granddaughters.      Funeral services will be held at Saint Katherine's on Tuesday, May 10 at 10:00 AM. A viewing will be held Monday evening at St. Katherine's at 6:30 PM, with Trisaigion services at 7:00 PM.      In lieu of flowers, donations may be made to St. Katherine's Greek Orthodox Church, 722 Knob Hill Avenue, Redondo Beach, California 90277. May his memory be eternal.