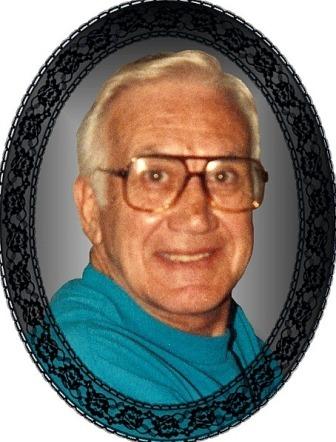 Charles M. Mennella, Jr., 85 of Hawthorne, California, passed away on May 8, 2013 in Buena Park, California. Charles was born in East Boston, Massachusetts to Charles Sr. and Edith Mennella on November 23, 1927. He attended East Boston public schools until 1946. He enlisted in the United States Navy in 1946 during World War II and served his country until 1948. Upon Honorable Discharge, he obtained a job with American Airlines where he held various positions, and then retired as a Crew Chief in 1992. He enjoyed his grandchildren, watching sports, playing the harmonica, drawing caricatures of family members and going for walks with his wife. Charles is survived by his three daughters: Sharlene Grove, Edith Smith of which both reside in Lakewood, CA, and Carol Powers who resides in Buckley, WA. Edith Alfama, Florence DeSherlia, Lenore Prendergast and Robert Mennella are the surviving siblings. Grandchildren: Carol, Jennifer, William Jr., Lisa, Kelly, David, Daniel, Deborah and Shelby. Great Grandchildren: Paige, Warren, Noah, Caleb, Anabel, Thiego, Taylor, Travis and a new arrival, Alyss, due in November 2013. The Graveside service will be held at Pacific Crest Cemetery on Wednesday June 5, 2013 at 11:00 am.