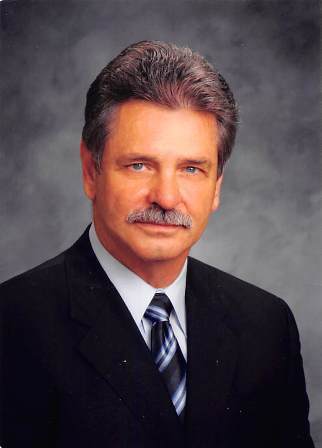 Charles Frank Hereford Jr. passed away and went home to the Lord on November 14, 2016 at the age of 70. He was born in Chickasha, Oklahoma on April 10, 1946. He was a long time San Pedro resident. He is survived by his wife Sandra Hereford of San Pedro; brothers Neil D. Lingle (Debbie) of Palm Desert, Sean Hereford (Shannon) of San Diego; children Barbra Ortega (David) of Menifee, Clair Ex of San Pedro, and Timothy Hereford (Eris) of Murrieta. He leaves twelve grandchildren and five great grandchildren as well as many nieces and nephews. Charles proudly served in the United States Army as a military policeman from 1965 to 1972 with tours in both Germany and Korea. Charles proudly worked in the Real Estate industry in which he achieved the status of a licensed real estate broker. But the most important thing in Charles' life was his faith in God and his passion for sharing his Christian faith with others. His memorial service will be held at Kings Harbor Church, 23915 Garnier Street Torrance CA 90505, Saturday November 19th at 10:30 AM. In lieu of flowers, please send your offerings to help sponsor foster children in attending Kings Harbor Royal Family Kids Camp at the address above. This camp for children was near and dear to Charles's heart. May he rest in peace.