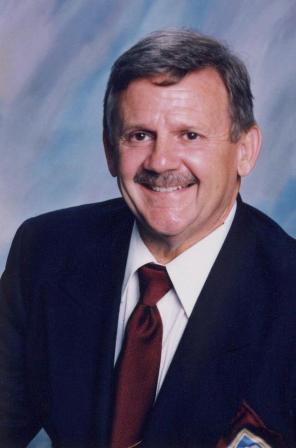 Charles G. Conaway, born on June 22, 1939 in Waynesburg, Pennsylvania, passed away on January 26, 2014 ending a valiant three and one half year battle with ALS. He died surrounded in love by his wife Emma; his daughters Kathy and Jennifer; and his adopted family by marriage, the Penas, the Saxes, and the Robertses. Chuck was a graduate of Mira Costa High School in Manhattan Beach, where he lettered in Varsity Football, after which he proudly served his country in the Army, mostly stationed in Europe. He was also very proud to have been a member of the Boy Scouts, Eagle Scouts, and DeMoley. Following in the same tradition as his father, he was a member of the Scottish Rite of Freemasonry and of the Al Malaikah Shrine Temple. For 15 years he served as a Reserve Deputy Sheriff for Los Angeles County. After 17 years of working in the film labs at MGM Studios, he started his own General Contracting Business. Besides the above mentioned, he is survived by his brothers Sid Conaway of Fullerton, California and Dan Conaway of Marietta, Georgia; and sisters Beverly Biondo of Pittsburgh, Pennsylvania, LeAnne Peters of Virginia Beach, Virginia, April Castle of Sunbury, Ohio; and stepmother Arlene Conaway also of Virginia Beach. He was predeceased by his father W. Gay Conaway; his mother Mary Elizabeth (Betty) Seagraves; stepfather Ewen Seagraves; and sister Zerelda Englert. In lieu of flowers the family requests you make donations to The Shrine Children's Hospital, the ALS Association, or the MDA.