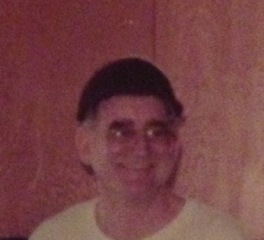 Fay, Charles April 29th, 1925 – March 26th, 2014 Charles Fay, 88, resident of Manhattan Beach, California, passed away peacefully at home, his loving wife Ann at his side. Chuck was raised by his mother and her father on a Kansas farm. His grandfather taught him to box, his older and larger cousins serving as sparring partners. Though just a child he drove his grandfather's Model T into town and once into a haystack to "see what would happen". During WWII he served as "tackling dummy" in the Navy's West Coast self defense program. Later he not only returned to school, he earned a Ph.D. in Philosophy at UCLA and pursued an academic career that included appointments at Loyola Marymount University in Los Angeles, Washington University in Saint Louis, and a stint in Canada. He eventually settled into a tenured position at California State University Dominguez Hills, retiring in 1992. Chuck was an avid adventurer – a hiker, white-water rafter, and master scuba diver. His skills as a ballroom dancer could be described as "extremely enthusiastic". Already a 2nd degree black belt in Judo, Chuck earned a Jiu-Jitsu black belt in his late 60s – awarded by none other than Chuck Norris. He is survived by his wife Ann; his daughter Roberta; his stepchildren Mary, Richard, and Linda; and Linda's children Julia and William. An informal remembrance will take place Sunday May 4th from 1 - 5 pm at Chuck and Ann's home. All who would like to celebrate this man's life and times are welcome.