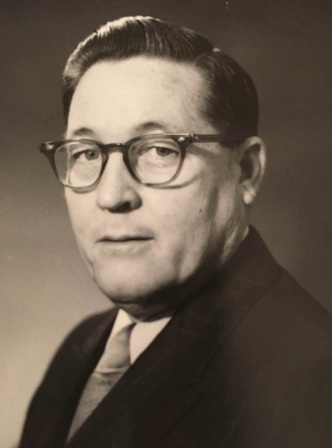 Charles E. Davis, was born on November 6, 1929 in Freemanville, Alabama. It is with great sadness that he passed away at the age of 86 on May 17, 2016, in Torrance, CA. Visitation for Charles will be held from 11am-1pm on Friday May 27, 2016 in the chapel at Rice Mortuary at 5310 Torrance, Blvd., Torrance, CA. His burial will follow at 2:00pm at Green Hills Memorial Park, 27501 S. Western Ave, Rancho Palos Verdes @ The Valley of Peace. After serving 2 years in the Navy then 23 years in the US Air Force Charles retired and moved his family to Lawndale, CA where he went to work for the Automobile Club of Southern California and retired after 24 years. Charles is predeceased by his wife, Martha, his 3 brothers, and sister-in-law, Emma. Charles will be missed by his daughters, Patricia Davis and Barbranne Herrera; his 4 grandchildren – Matthew Davis, Houston, Alana, and Austin Herrera; 2 great grandchildren - Kanen and Zane Davis, +1 on the way; daughter-in-law Brandi Davis, son-in-law Alex Acree, sister-in-law Francis Davis, and brother-in-law Bill Hinkson. Our family wishes to extend our sincere thanks to the doctors, nurses, and hospice staff, at Torrance Memorial Hospital and those who cared for him while under hospice care at Mansel Home Care in Redondo Beach.