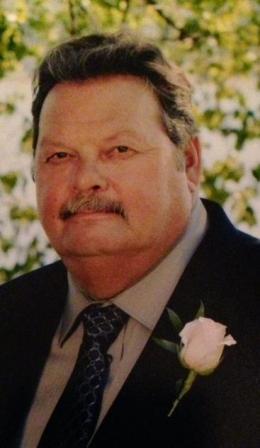 Chuck Farrah, a longtime South Bay community member, passed away from cancer on May 16, surrounded by loved ones at home. Chuck was born in Trona, CA on January 13, 1951 and his family moved to Torrance in 1956. He graduated from West High School in 1969, where he played varsity baseball and football and was an All-League shortstop and defensive end. Chuck was a proud West High Warrior and was known to regale friends and family with the school's Alma Mater. Chuck was proud to serve his country in the Vietnam War as a radio operator and was awarded the Bronze Star for his service. He was a patriot who believed in saluting the flag long after he left the military. Chuck worked for many years for two family businesses founded by his late father, Ed. Chuck found true happiness with his second wife, Kaye, who he made a beautiful life with in Hermosa Beach. They were a pair with mutual love for life, family, and laughter that matched perfectly. Kaye heroically stood by Chuck's side during his illness and provided immense comfort to him. Chuck and Kaye were fortunate to travel frequently, including many adventures on their motorcycle. Chuck was an avid golfer but most of all valued the companionship he experienced with his buddies on the course. Friends will remember him as loyal, caring, and always adding a joyful dynamic to their lives. He enthusiastically rooted for the Dodgers since he was a boy. Chuck was well-known for his lighthearted nature and engaging sense of humor that attracted people to him. He was gifted with a disarming demeanor that made him easy to talk to and allowed him to positively touch many lives. Even through his illness, he was focused on lifting up those he loved. In a word, Chuck is irreplaceable, but his spirit will continue to touch everyone who knew him. He is survived by his beloved wife Kaye, children Jeffrey and Amanda, mother Shirley, brother Larry and his wife Linda, sisters Linda and Sharon, step-daughters Jackie and Jennifer, step-son in-law Steve, and grandchildren Kayla, Derek, Alexandra, Jordan, Shane, and Luke. The memorial service will be held on Friday, May 30, 2014 at 11 a.m. at Rice Mortuary in Torrance, California. In lieu of flowers the family suggests making a donation to The National Foundation for Cancer Research (NFCR) at 4600 East West Highway, Suite 525, Bethesda, MD 20814.