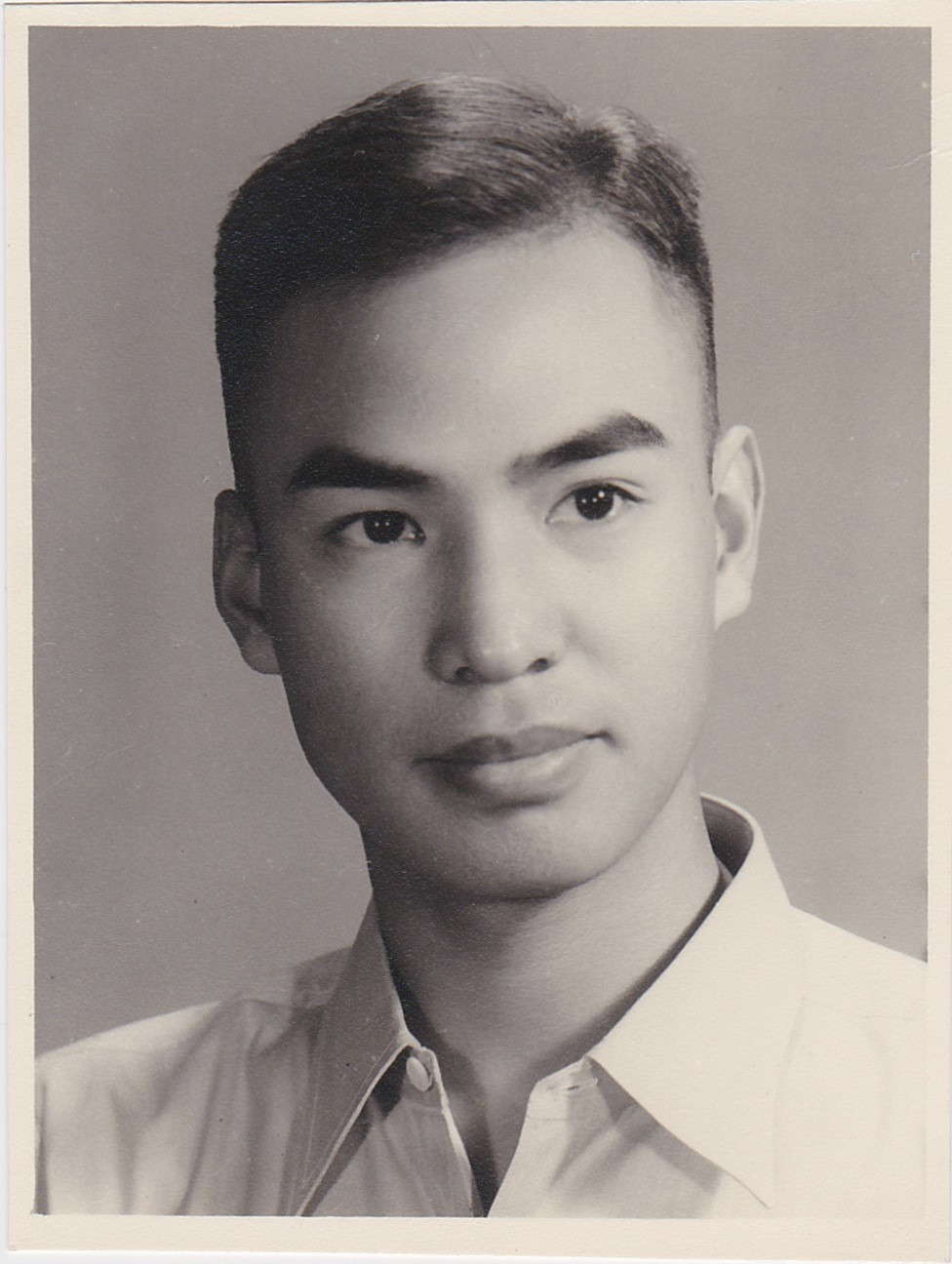 Chang C. Chen, aka Frank Chen, was the son of a gracious medical doctor and his noble wife, Chen Zai Gang, and Xia Yu Ru.  Frank was born in 1929 and spent his early years growing up in Shao Xing, China.  Frank had 3 brothers, Chen Chang Zuo, Chen Chang You, Chen Chang Song, and 2 sisters, one of which was named Chen Pei Ceng.  During Sino-Japanese War of 1937, his father served as a physician to the Chinese resistance and so the family traveled with the soldiers as they fought against the invading armies traveling through jungles, upon rivers, and sheltering in dank caves. These were difficult years for the family contending with famine, violence of war, and constant mobilization as the army was on a continual retreat into the interior of China. After the war, Frank remained on the Chinese mainland separated from his parents and finished his secondary education there.  Frank’s parents had to reach the safety of Taiwan’s shores where the Kuomintang were welcomed. Frank later rejoined his parents in Taiwan, and went on to graduate with the highest honors in electrical engineering from the National Taiwan University in 1952.

Because of his academic accomplishments, Frank earned a full scholarship to study for a masters in electrical engineering at the University of New Brunswick in Fredericton, Canada.  But, because Frank had little money, he had to make the journey to North America aboard a cargo ship taking months to finally reach the Bay of San Francisco. Though he did not speak or read English and knew no one across the Pacific, Frank was adventurous and brave in his quiet and humble way, and made a trip by train and bus across the U.S. to finally reach Fredericton. Frank flourished at UNB, was well respected for his hard work, humility, kindness and character by his peers and the faculty, and was affectionally known as “C Cubed” (C3) for his initials “CCC.”  After obtaining a masters from University of New Brunswick, Frank went on to attain a Ph.D. from the University of Syracuse in electrical engineering.

Frank traveled across the country again after finishing his doctoral studies in New York to teach mathematics as an associate professor at San Jose State University in 1963.  One night, Frank ventured out to a Chinese student dance at the University of California, Berkeley, and met his wife of 58 years, Bessie.  After Frank and Bessie married, rented a small apartment in Santa Monica and had a son, Eddie, a year later.  A couple years later, Frank purchased a house close to his work, and had his daughter, Debbie.  In his later years, he spent many happy times helping to care for his 3 grandsons, Christopher, Nicholas and Austin.  Frank was a devoted husband and a dedicated and loving father and grandfather.  Selfless and compassionate, there is nothing Frank would not have done to help his family and his friends.

Frank worked as an electrical engineer for over 40 years, beginning at Northrup, and ending with consultation work on a Taiwanese satellite, but the heart of  his career was spent at TRW specializing in the communication systems for U.S. government satellites. Frank loved his work and was recognized for his achievements by his employers but he disliked attention and tried to deflect accolades and praise. Frank preferred the peacefulness in nature, was devout in his Christian faith, and had an appreciation for poetry.  Frank enjoyed Chinese, English and American poets. A couple of his favorite poems are included below.

Frank was a considerate, conscientious and industrious man throughout his life solving problems inside and outside of work. There were many challenges in Frank’s life that many of us will never know, but his experiences both difficult and joyful, made Frank the wonderful human being that he was. The universe is a better place because Frank was in it, and he graced us with 91 years of his courageous and altruistic life.