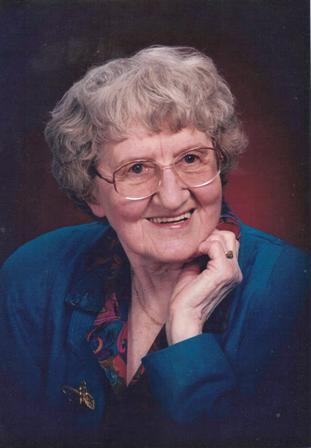 Cecelia Franklin: Mother, grandmother, friend, nurse, Air Force Veteran, independent spirit and scooter enthusiast- passed away February 9th from heart failure, just five months after celebrating her 100th birthday. Cecelia Franklin was born Emma Cecelia Obenhoff on September 12, 1913, far north in the Upper Peninsula of Michigan in the town of Hancock. Her mother died shortly after her birth and she was raised by her father and grandmother. At the age of 10 she moved to a farm with no plumbing, electricity, or telephone and went to school by covered wagon. She graduated from Houghton High School and then St. Joseph's College in Hancock where she received her nursing degree. Cecelia has always been driven by her wanderlust, so when World War II erupted, she joined the Army as a flight nurse in the Philippines and Japan. After the war she was discharged and then reenlisted. While stationed in Florida she met her husband, Arson Bernal "Frank" Franklin, a hospital administrator in the Air Force. They married December 20, 1953 and honeymooned in Cuba. Nine months later in September, 1954 their son, Jim, was born and in December, 1955 their daughter, Donna, was born. Because of the military life Cecelia's family lived in many places, including Germany, but settled in Vancouver, Washington. Cecelia was widowed at the age of 50 and went back to work as a Nurse Anesthetist, raising her children and caring for her father, Sydney, who passed away at the age of 94. Cecelia was a very caring person who always thought of others first. She had many friends and a family who loved her dearly. Cecelia retired at age 73 and traveled the world. At the age of 90 she moved to California to be with her family. Cecelia is survived by her son James Franklin; daughter Donna Franklin-Macdonald; and her son-in-law Mark Macdonald of Manhattan Beach, California. She is also survived by her four grandchildren Kelsey Macdonald (26), Brian Macdonald (25), Sara Macdonald (23), and Christian Macdonald (19). Cecelia now rests in peace in a much happier place. We love her and she will be greatly missed. We know this is not where it ends - we will see her again. We are celebrating her life on Friday Feb. 21, 2014 at Rice Mortuary in Torrance, CA and she will be buried at Willamette National Cemetery in Portland, OR with her husband.