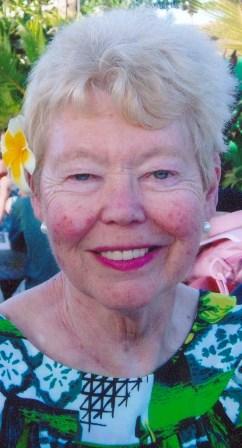 Catherine Theresa Loftus, a 50 year resident of Redondo Beach, passed away on Sunday, December 9, 2012 in Torrance. Born in New York City, New York, Catherine was 82 when she died. Catherine was a mother and grandmother of six grandchildren (Bryan, Kevin, Matthew, Jessica, Jennifer and Nicole). She was an English teacher with a Bachelors Degree in Education. Catherine was an avid reader and loved romantic novels. She was a friend to the animals. She would send money to many charitable organizations which animals were neglected or abused. She fed the stray cats and raccoons that would come her way. Her hobbies included collecting videos, dolphins and wolves. She loved playing bingo whenever she had the chance. Catherine is survived by daughters, Jamie (Andrew) Michell of Redondo Beach, CA and Margaret (John) Steynis of Henderson, NV. She was preceded in death by parents, Joseph and Sophie Hankers. A gathering of family and friends will be held at Rice Mortuary on Thursday December 27, 2012 from 5:00 pm until 9:00 pm. The Graveside service will be held at Riverside National Cemetery on Friday December 28, 2012 at 2:01 pm. In lieu of flowers, donations may be made to Jamie Michell or Margaret Steynis to help pay for costs.