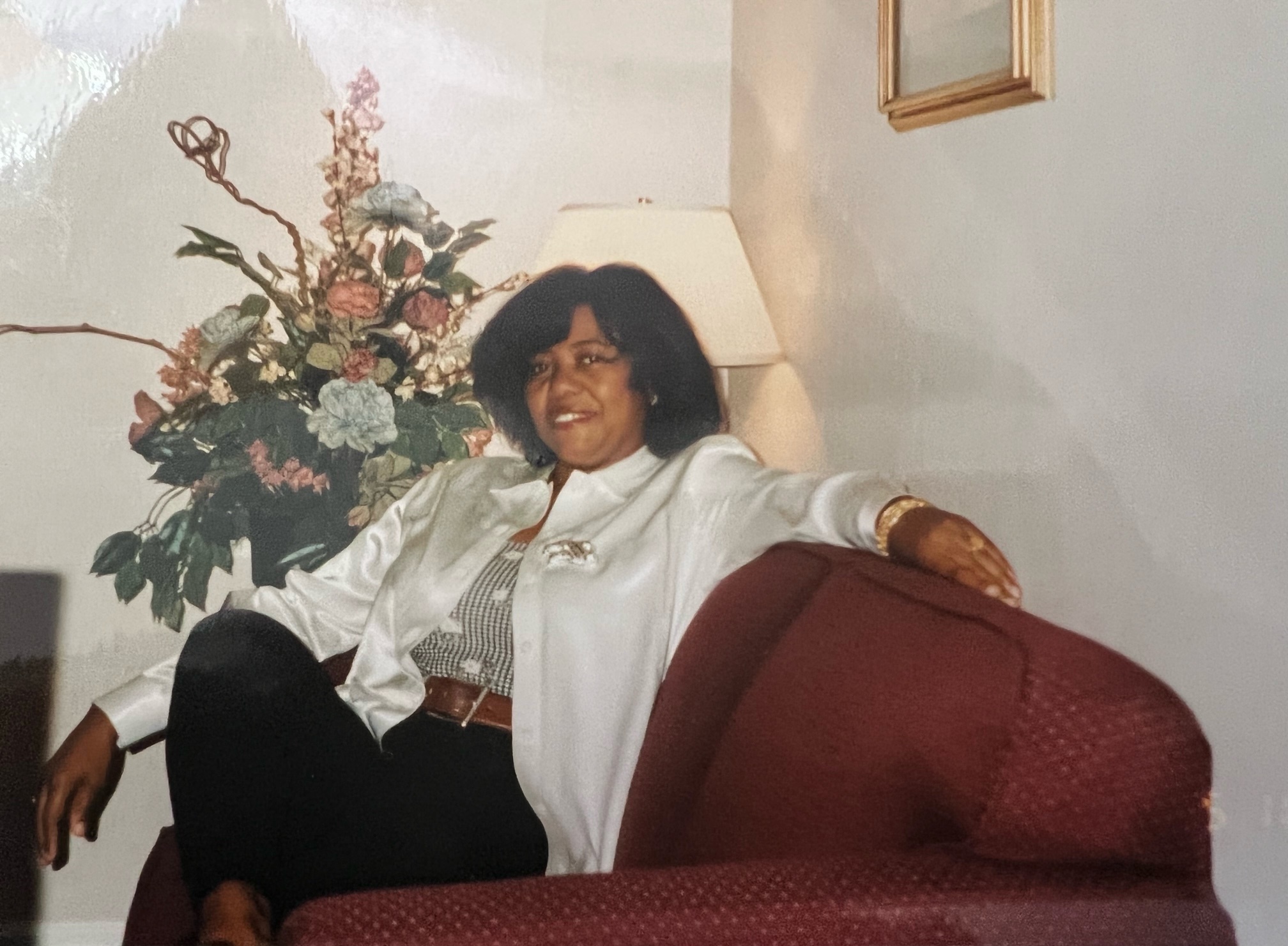 Catherine Nora Wells; Affectionately called “Cathy” by her LA friends was born in Senatobia Mississippi on June 26, 1950 to the union of loving parents, George Wells and Rebecca Edwards Wells, both precedes her in death. Catherine attended elementary and junior high at East Tate and graduated in 1968 from Tate County High School, while there she joined the Tate County High School marching band and became a baton twirling Majorette, which she enjoyed emphatically…

After high school, Catherine migrated to Memphis with her parents and shortly thereafter, she settled in Los Angeles, California. A few months later Catherine enrolled in Court Reporters School. She worked for McDonald’s by day and attended school by night, and eventually obtained her Certification.

Sooner than expected, Catherine gained employment with Los Angeles Superior Court, where she worked for many years, and would later work for American Airlines, The LA Times and a few other nice jobs. Her final assignment was with Los Angeles Parks and Recreations where she was employed until her health rendered her unable to continue.

Catherine was a bit strong willed and somewhat outspoken, but she had a very kind heart and if she had anything to give, she would share it with you. she was well versed in History (American, European, History of the world in general). She could have been a great history professor, or an attorney. Catherine’s life would seem too short to many. However, those of us who were blessed to be touched by her understand Catherine’s existence and the imprint she left on our hearts exceed the quantity of time that she stayed here. Catherine was talented and adventurous in many aspects of her life.

Catherine truly cared deeply for her family, all her siblings, and she was crazy about her nieces and nephews, she often spoke of how much her family meant to her, but her pride and joy and arguably her greatest achievements are her Daughter and Granddaughter who affectionately refer to her as “Maw Maw”. The thought of leaving them weighed heavily on her mind. Catherine was an avid lover of horse racing and an amazing grandmother.

Her life may seem too short for many, however those of us who knew her understands Catherine’s existence and the imprint she left on our hearts exceeds the quantity of time that she was with us. Catherine Wells gained her angel wings on September 12, 2022 in Torrance, California at the tender age of 72.

On Sept.12 2022 Catherine succumbed to a lengthy illness. One brother, Charles “Chuck Wells” precedes her in death and father and mother, George and Rebecca Wells. She leaves to cherish her memories one daughter Natasha Cole and one granddaughter Maya Cole both were loves of her life of Inglewood CA.

Catherine also left a host of nieces and nephews and cousins and friends and a special longtime friend Ms. Doris Mason.

She will be greatly missed but will live forever in our hearts. In heaven and on earth, she will always be our Angel….

Catherine is out of sight but always in our minds and hearts.