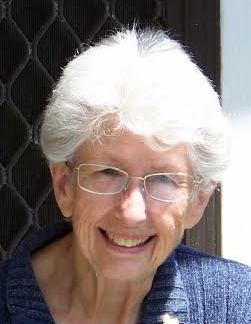 Catherine Drabeck, 77 Catherine Drabeck entered into eternal life on Thursday, March 20, 2014. Born and raised in the Los Angeles area, she moved to Torrance after marrying her late husband, Milton Drabeck. Cathy was a homemaker living in Torrance for more than 50 years. An active member in her community, she was employed as the Jefferson Middle School Secretary. She also worked part-time at Torrance Memorial Hospital for the Gift Shop. In her free time, Cathy enjoyed attending Church, her Bridge Club, bowling with her league, doing jigsaw puzzles, and cooking. As an active parishioner of Saint James Parrish, Cathy truly exemplified and lived her faith. One of her greatest joys was being surrounded by her loving sons and their families. Often she could be spotted walking her faithful dog, Peanut, around the neighborhood. She also loved to spending time with her Grandchildren. A devoted wife, Mother and Grandmother, Catherine leaves behind her three sons, Dennis Drabeck and wife Carmi of Torrance, CA; Larry Drabeck and his wife Clare of Oceanport, NJ; and Ken Drabeck and wife, Karen, of Phoenix, AZ. Catherine's five grandchildren, Jayme, Carly, Katie, Hunter and Cole were blessed to have such a loving Grandmother and will deeply miss her. A service will be held Thursday 10 a.m., March 27, 2014 at St James Catholic Church, 415 Vincent Street, Redondo Beach, CA. Friends and loved ones are invited to honor Cathy and offer condolences to her family immediately following the church service, 11 - 12:30 p.m. in the Hall adjacent to the Church.