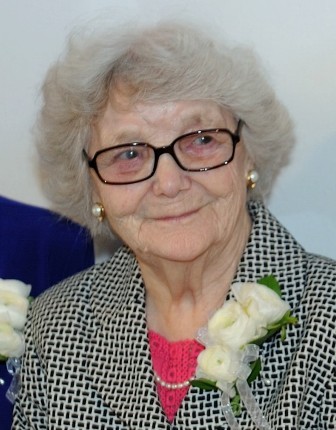 Catherine Flynn Peacefully, at Little Company of Mary Hospital, on January 13, 2016, Catherine (nee Kenna) Flynn, departed this life and went to be with the Lord in Heaven. Catherine was surrounded by her loving family as she went to her eternal rest. Catherine had a full and rewarding life. She was born in Glasgow, Scotland on January 16, 1922 and was the third of four children. She met her future husband (Michael Flynn) while they were both teenagers. They were married in 1940 just before Michael was called up to serve in World War II. Their marriage lasted for 67 years until Michael was called to be with the Lord. Their marriage was blessed with two children, Catherine (Irene) and Michael and both of them were at her side when she passed into eternal life. Catherine left her beloved homeland to come to the United States in 1974 to be with her grandchildren (John, Lynn, Michael and Brian). She resided in the South Bay for the last 32 years of her life. Catherine was a loving wife, mother and grandmother. The focus of her life was always family and she blessed them with her humor, wisdom and love all the days of her life. She loved to dance and she and her husband were accomplished ballroom dancers. They were members of a formation dancing team before leaving Scotland, and continued to dance after coming to America. Catherine will be greatly missed by all who knew her. Her children and grandchildren (and great-grandchild, Audrey) may have lost the matriarch of our family but her loving ways, wisdom and caring have deeply impacted their lives and they will carry her memory with them forever. Visitation will be 4:00 to 8:00 PM Wednesday, January 20, with Funeral Services 1:00 PM Thursday, January 21, all at Rice Mortuary, 5310 Torrance Blvd. Interment will be in Pacific Crest Cemetery.