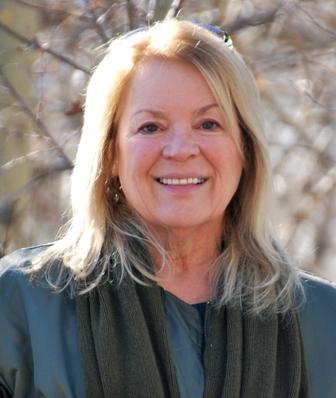 Cassandra Kaye Mitchell, 64, of Menifee, California, passed away on March 7, 2012. She was transported to a local hospital following a sudden and unexpected cardiac event. Born September 18, 1947 in Carthage, Missouri, Sandi was the daughter of Arthur Force of Lamar, MO and the late Anna and Nicholas Betz of Joplin, MO. She graduated from William Penn High School in New Castle, Delaware, after which she relocated back to the Midwest and started a family. She spent considerable years in Southern Illinois, where she raised her children. As the older children were moving away for college and the Navy, she and her youngest daughter moved to Florida. Though she was a Midwestern girl, Florida was the place her heart was fondest of. When both of her girls moved to California, she soon followed to be nearby, where she spent the remainder of her years. She was currently employed by SOI as a Professional Employer Consultant, having spent many years in Florida and California working in the PEO industry. Additionally, she was a licensed insurance agent with the State of Illinois and the State of California. She loved books, movies and listening to music. She was a very talented artist, as well as an animal lover with a fondness for horses and dogs. She spent countless days rescuing, fostering, and finding homes for dogs in addition to cherishing her own pets. Having been a breast cancer survivor, she spent many years actively involved in fundraising with the American Cancer Society, working towards her hope of seeing a cure found. She was passionate about travel, with Hawaii, New York City and San Francisco listed as her favorite U.S. destinations. She also felt extremely blessed to have taken cruises and traveled to countries such as Italy, England, Spain, Portugal, and Mexico. The most important thing in her life, though, was her grandchildren. She loved them all so much and cherished time talking on the phone, cheering at sporting events and recitals, visiting museums and parks, and just being their "Oma". She is survived by her father, Arthur Force; her three children Laura Mitchell Hayes, of Menifee, CA, Scott Douglas Mitchell, with wife Jennifer of Huntersville, NC and Annisa Mitchell Spyker, with husband Ron of Hermosa Beach, Ca. She also leaves behind her six beloved grandchildren, Dalton Trask Hayes, 19 of Menifee, CA, Dillon Douglas Mitchell, 16 and Alexis Grace Mitchell, 9 of Huntersville, NC and Ellery Kaye Spyker, 10, Grayson Luke Spyker, 7 and Colton Graham Spyker, 5 of Hermosa Beach, CA. She will forever be in our hearts and our prayers. A memorial service will be held at the White & Day Colonial Mortuary in Redondo Beach, CA on Friday, March 16 at 1:00pm.