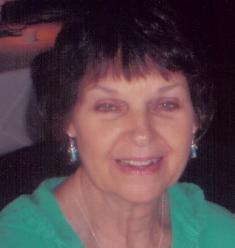 Radcliffe, Carolyn Dee, (71) a 65 year resident of the South Bay, passed away on Wednesday, July 31, 2013 in Torrance surrounded by friends and family after a long battle with cancer. Carolyn was a mother first and foremost. She tremendously enjoyed her children and all of their friends and families. Carolyn loved to laugh and listen to stories, often unable to get through them without bursting out into laughter and a big smile. She lived an amazing life, growing up at the beach and attending Mira Costa High School. Carolyn graduated from Pepperdine College. She made two trips to Europe and then after marrying her husband John, traveled all across the United States one summer visiting every Major League Ballpark. Carolyn was an elementary school teacher and inspired her students. After starting a family in Torrance, her life became immersed in ball games, the Lakers, Torrance High School and Dodger and Angel baseball. Carolyn's other love in life were her brothers and sisters at First Lutheran Church in Torrance. Carolyn loved the more than 3 decades she spent there as a member. Carolyn is survived by her two children, son Kris and his wife Eden; granddaughters Victoria and Courtney; daughter Suzanne Radcliffe-Hannemann; grandson Hunter; and sister, Mary Jane Geoffroy and family. She was preceded in death by her parents, John and Mary Christopher; and her husband of 39 years John Radcliffe. The Service will be held at First Lutheran Church in Torrance on Sunday August 4, 2013 at 1pm. In lieu of flowers, donations may be made to the Project Faith at First Lutheran Church.