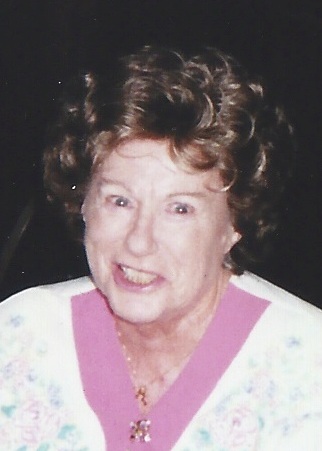 Caroline Turkington Moon, 96, died on December 30th 2018 in Redondo Beach, where she had lived since 1972. Caroline (Carole) was born in 1922 in Plainfield, New Jersey to David Irving Turkington and Louisa Turkington Goetz. The youngest of four sisters, she graduated from Scotch Plains Township High School. In July of 1952 she married Glennon Leo (Glenn) Moon in New York, and they moved to Southern California later that year. Their daughter Terri Jean was born in 1953. They spent many happy times with her sister Kate and family, who lived close by. In her later years, Caroline made several close friends in Redondo Beach, and was involved in the South Bay Bible Chapel women's group. Caroline was pre-deceased by her husband Glenn, and her sisters Louise (Lou), Margaret (Pegg) and Katherine (Kate). She is survived by her daughter Terri (Thea). A Memorial Service will be held on Wednesday January 9th at 2 p.m. at Lighthouse Memorials and Receptions, White and Day Center, 901 Torrance Blvd, Redondo Beach.