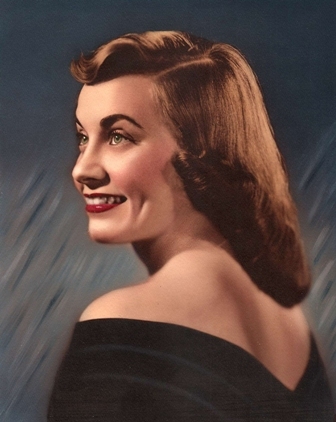 Caroline Ann (Carter) Hyde, age 79, passed away peacefully April 16, 2014 in the comfort of her home in Palos Verdes Estates, California. Caroline was preceded in death by her husband of 46 years, Richard "Dick" Hyde in 2007. She is survived by her brother Lee Carter of Estes Park, Colorado; her sister Marga Loncar of La Verne, California; her sons, Brenden Hyde of Portland, Oregon, Chris Hyde of Livermore, California, and Leland Hyde of Long Beach, California; her daughter Kimberly Hyde of Berea, Ohio; her daughters-in-law Shelley and Tina; and her loving grandchildren Claire (17), Madeline (16), Benjamin (15), Ella (12), and Emma (12). Caroline was born August 5, 1934 to the late H. Lee and Elenore Carter of Indianapolis, Indiana. Caroline was a graduate of Shortridge High School where among her many activities she was a Fine Arts agent, a member of Junior Vaudeville and President of Croquis, the Fine Art's club. A pre-med student at Butler University, she was a member of Kappa Alpha Theta sorority and during school worked as the head of J.C. Penney's money room, in a piano factory and the school's labs. Combining her biology and chemistry classes Caroline graduated from Butler University with a B.S. in Home Economics. After completing advanced course work, she moved to California where she earned her teaching certificate and began her teaching career in Lancaster, California. Caroline also worked in the Hawthorne school district where she enjoyed teaching both elementary and middle school children. When the Principal couldn't find girls on the playground at lunch, he knew they'd be in Caroline's home economics classroom working on projects with her assistance. Caroline "retired" from professional teaching to raise her four children. She was an exceptional homemaker. In 1986 Caroline and her husband purchased Kurt True Value Hardware in Redondo Beach, California. Caroline owned the hardware store until her untimely death. Caroline was passionate about children and was constantly active in the community as a "professional volunteer" and fundraiser, dedicating countless hours to her community's youth and arts groups. Some of these groups included: "Y" Indian Guides and Princesses; Cub and Boy Scouts; Brownie and Girl Scouts; Youth football, basketball and soccer; Las Primeras; CASA; PTA; The Circle; and The Affinity Group. As part of the Friends of the Peninsula Symphony Caroline took great pleasure in supporting the Annual Edith Knox Performance Competition. Her favorite activity involving children was the "Celebrate Mozart!" program which she wrote, organized and often narrated—the program brought musical education to first and second graders in Peninsula schools. She was President of the Friends of the Peninsula Symphony from 1996-1998 and also served as Executive Director of the Symphony as well as a member of the Peninsula Symphony Association Board. Caroline was a member of ACSO Association of California Symphony Orchestras and the League of Women Voters. She also enjoyed promoting the panhellenic spirit as a 50+ year Theta, and President of the Palos Verdes Alumnae Chapter of Kappa Alpha Theta from 1986-88 and 1990-92. In her "spare time" Caroline enjoyed cooking, gardening, painting, crossword puzzles, and was an artistic inspiration to her family. One of Caroline's greatest joys was being surrounded by her children and grandchildren. She touched the lives of her husband, children, and grandchildren, and her presence on earth will be sorely missed. In lieu of flowers, the family has asked that donations be made in her honor to the Edith Knox Performance Competition of the Peninsula Symphony. A celebration of Caroline's life will be held on Thursday, May 1, 2014, 10:00 AM at Rice Mortuary, 5310 Torrance Blvd., Torrance, CA 90503, with a reception immediately following in the Lighthouse Reception room.