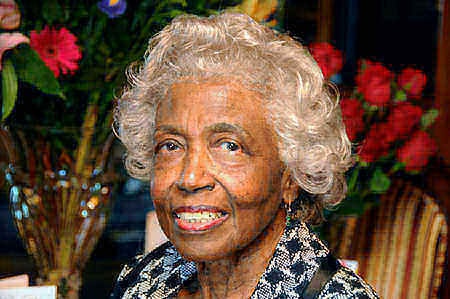 May 31, 1933 - August 31, 2012 Carolene Elizabeth Floyd Deslonde was born on May 31, 1933; the first of five children to the union of Clarence and Gussie Floyd in West Point, MS. Carolene attended North Side High School of West Point, MS where she was Valedictorian of her class. She then enrolled at Xavier University where she met and married the love of her life, Hampton P. Deslonde. They both entered the pharmacy program, completed it, and graduated together. Hampton went on to medical school and Carolene went to work as a pharmacist at Childrenâ€™s Hospital in Los Angeles, CA. To this union three precious sons were born. At an early age, Carolene gave her life to Christ and was baptized in the Methodist faith and later converted to the Catholic faith with her husband. As a small child Carolene had a strong belief in God which sustained her throughout her lengthy illness. Most mornings you could find her at the kitchen table meditating, reading, and in prayer. She had a passion for flowers and gardening, which she inherited from her mother and passed on to her children. Carolene will always be remembered for her concern for others. She never forgot to send birthday cards, anniversary cards, get well cards, thinking of you cards or maybe a phone call. She was a great mentor, wonderful listener and always encouraging, bypassing any generation gap and her home and heart were always open to those in need. On Friday, August 31, 2012 she went home to be with the Lord. She was 79 years old. She was preceded in death by her parents, Clarence and Gussie Floyd and her brother Dennis Floyd. Her memory is cherished by her husband, Dr. Hampton Deslonde; three sons, Hampton, Jr. (Julie), Keith (Belinda) and Anthony; two sisters, Gale (Fred) Davis, Veta (Jerry) Griffith and one brother, Clarence, Jr. (Shirley); two sisters-in-law, Verlie Floyd and Lois (George) Ruth; three grandchildren, Janae, Cosette, and Brian; two uncles, Horace Jackson and John W. Jackson and a host of nieces and nephews, cousins, and friends. God calls us to be thankful in all things, and now, in our greatest sorrow we take comfort in knowing that His plan for you has been fulfilled. We were blessed to have you as such an important part of our lives for so long and we are grateful. We love you and we will miss you. The Memorial Service will be held at Holy Cross Cemetery in Culver City, 5835 W. Slauson Ave., on Saturday September 15, 2012 at 12:30pm. Burial will follow. In lieu of flowers, donations can be made to the Arthritis Foundation, Hope Through Heroes, Honoree Carolene Deslonde at http://www.arthritis.org.