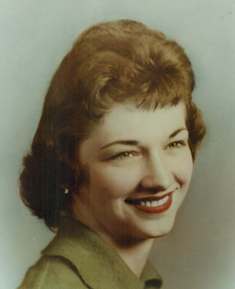 Carol Grant, better known as Janet to friends and Jannie to family, passed away on Tuesday, April 23, 2013. Born in Clinton, Oklahoma, Janet moved to the South Bay 51 years ago to start her married life with husband Fred. She retired from Honeywell International in 2003, where she worked for 23 years. Her family was the most important thing in her life. Janet was crazy about the Los Angeles Dodgers and always called them "her" Dodgers. Her favorite was Matt Kemp, who was a fellow Sooner. If there wasn't a Dodger game on TV or the radio, she was watching Fox News, which always got her riled up. She was also a big fan of Oklahoma Sooners football. Janet is preceded in death by her mother, Grace Angela Blevins; father, Scott Eldon Blevins; and younger sister, Betty Joann Gray, all from Oklahoma who she now joins in heaven. She leaves behind a family she loved so much, her daughter Vicki Dawn Condit and son-in-law Thomas Owen Condit of Torrance; grandson Kyle Scott Condit of Torrance; husband Fred Ronnie Grant of Gardena; older brother Bobby Eldon (Ande) Blevins of Georgia; younger sister Karen Sue Redding of New Jersey and dozens of nieces, nephews, great-nieces and great nephews who she was also crazy about. Janet's death leaves a huge emptiness in the hearts of the family that loved her and the friends who cherished her. Memorial Services will be held at Rice Mortuary in Torrance at 5310 Torrance Blvd. on Sunday, April 28th at 10:00am. Celebration of life to follow at the residence of her daughter and son-in-law after the services.