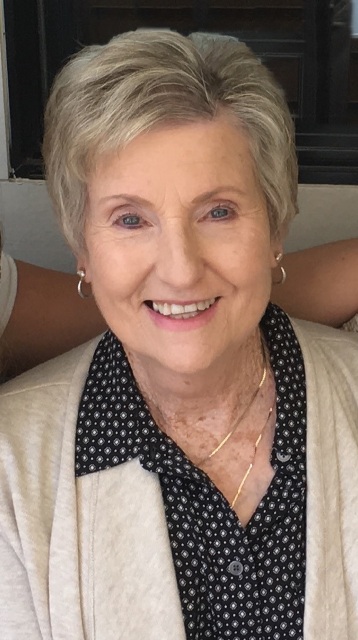 Carol Sue Backer, of Torrance, California passed away suddenly on Saturday, August 4, 2018. Carol was born on October 22, 1942 in Loretto, Kansas to Anton and Bertha Quint. Carol graduated from the Dominican School of Nursing in Great Bend, Kansas in 1963 at the age of 20. She worked as a registered nurse in the operating room in Great Bend, in Greely, Colorado, and at Daniel Freeman Hospital in Inglewood, California. After a move with her husband and small children to Salt Lake City, Utah, she returned and worked continuously at Daniel Freeman from 1972 through 2006, when the hospital closed. She greatly enjoyed her responsibilities in the operating room, including the nurse manager position she held for the last twenty years of her career there. Her experiences with the patients, nurses, and doctors, although sometimes stressful, brought her great satisfaction. In her retirement, Carol worked part-time as a Circulating nurse in the OR at a local outpatient surgical center, bringing her back to her roots where her love of nursing began. Carol met her husband, Bill Backer, in Manhattan Beach, CA in 1968, and they were married in Inglewood, CA later that year. They lived in Inglewood, Salt Lake City, Hawthorne, and Torrance, where they raised their two children. Carol is survived by her husband, Bill; daughter, Debbie Arquisch and son-in-law, Duri Arquisch; granddaughters, Hannah and Ava Arquisch of Lomita, California; and her son, Darin Backer, of Torrance, California. Carol was also survived by three of her seven siblings: sisters, Julia and Alverna, and brother, Fred. Carol was a regular attendee of St. James Church where she found inspiration in her devotion and prayer. Also, affectionately known as “Grammy”, Carol greatly enjoyed the company of her granddaughters attending volleyball games, various school functions, and family dinners. Other passions included reading, attending plays and movies, and earlier in life she and Bill enjoyed traveling to many places. Carol always enjoyed doing for and helping others. She will be greatly missed and forever remembered. A service (mass) will be held at 10:00am on Tuesday, August 14, 2018, at St. James Catholic Church located at 415 Vincent Street in Redondo Beach, California. A casual reception will immediately follow at the adjacent Kavanaugh Hall. A private family burial will be held for Carol at Green Hills Memorial Park in Rancho Palos Verdes later that day. In lieu of flowers, the family requests that donations be made in Carol’s memory to the American Heart Association at www.heart.org.