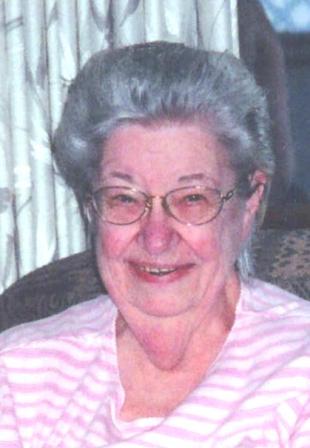 Carla "Darlene" Bender was born October 21, 1925, passed April 23, 2013. Darlene was born in Weeping Water, Nebraska to George and Helen Schomaker. She is survived by her sisters Wanda Hart of San Pedro, California and Viona Gott of Prescott, Arizona. She married Frank Joseph Bender June 7, 1947 in Weeping Water, Nebraska. Son Rodney David Bender was born on May 23, 1949 and daughter Nancy Dianne (Bender) Kleinhans was born on August 11, 1953. Darlene attended Good Shepard Lutheran Church and served several years teaching Sunday School and Vacation Bible School. She later attended Immanuel Lutheran Church. While at Immanuel she regularly attended Bible Study Classes and helped to assemble braille books for the blind until her health no longer allowed her to serve the Lord. She served on the prayer chain until her life-style change. While raising her children, she played tennis with her fellow homemakers at the local high school. She was on bowling and softball leagues with these same homemakers. Viewing is on Monday April 29 at Rice Mortuary on Torrance Boulevard from 4:00 pm until 7:00 pm. Services are on Tuesday April 30 at Immanuel Lutheran Church in Redondo Beach. Service begins at 11:00 am with the viewing beginning at 10:30 am. Internment at Green Hills Memorial Park. Reception afterwards at the home of the daughter.